on Saturday, October 04, 2014
Nestled in the foothills of the Himalayas, Rishikesh is a charming place that will surely make you go back again. Considered the birthplace of Yoga, there are numerous ashrams here to get away from the daily routine and unwind, and one such beautifully located ashram is Parmarth Niketan. Apart from teaching yoga, the ashram activities include cleaning the Ganga, spreading awareness about the Ganga, education of the poor, and more recently, the wonderful rehabilitation activities being undertaken after last year's tragedy.

I had the opportunity to attend the evening Ganga Aarti here, which is a stark contrast from the noisy chaotic one at Har-ki-Pauri at Hardwar. (No, I'm not trying to compare the two, 'cos each one has it's own flavor) Nevertheless, the discipline, the civic sense etc. among the residents of the ashram did leave me astounded.

The water (of the Ganges) here is quite clean, against the general notion on how polluted the river is. 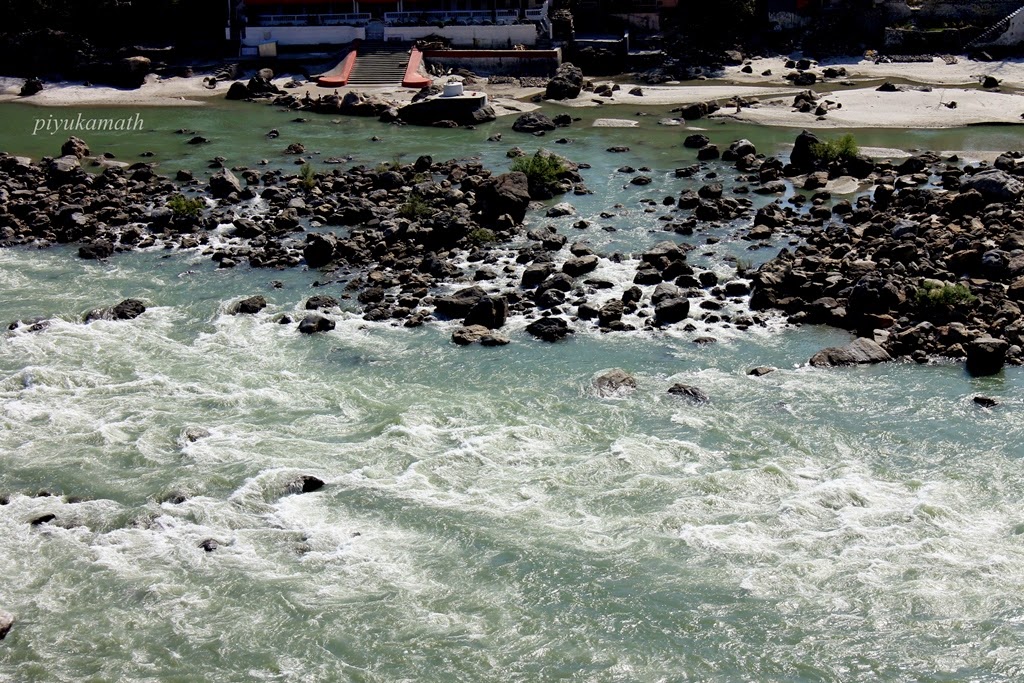 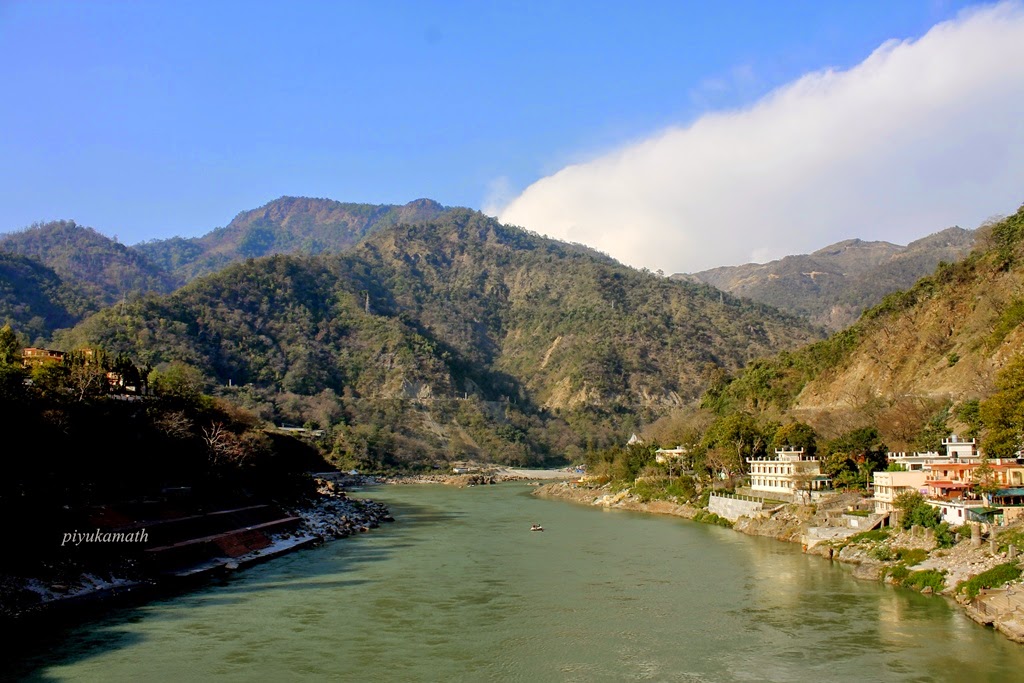 The precincts of the ashram welcomed us with a beautiful view of the Ganga, with an idol of Lord Shiva set on a platform, which looked indeed beautiful against the setting sun. 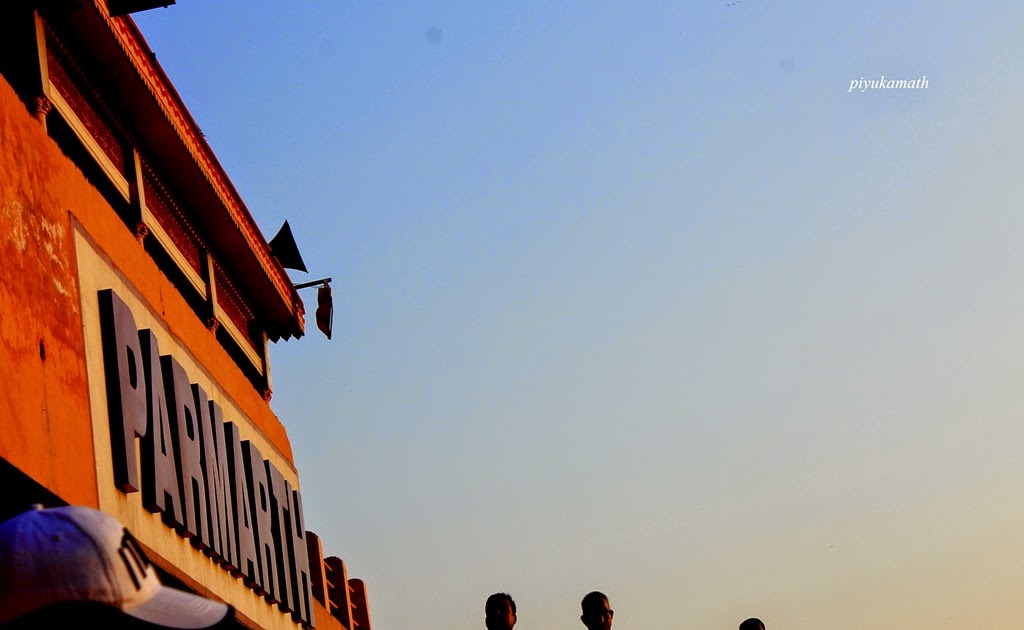 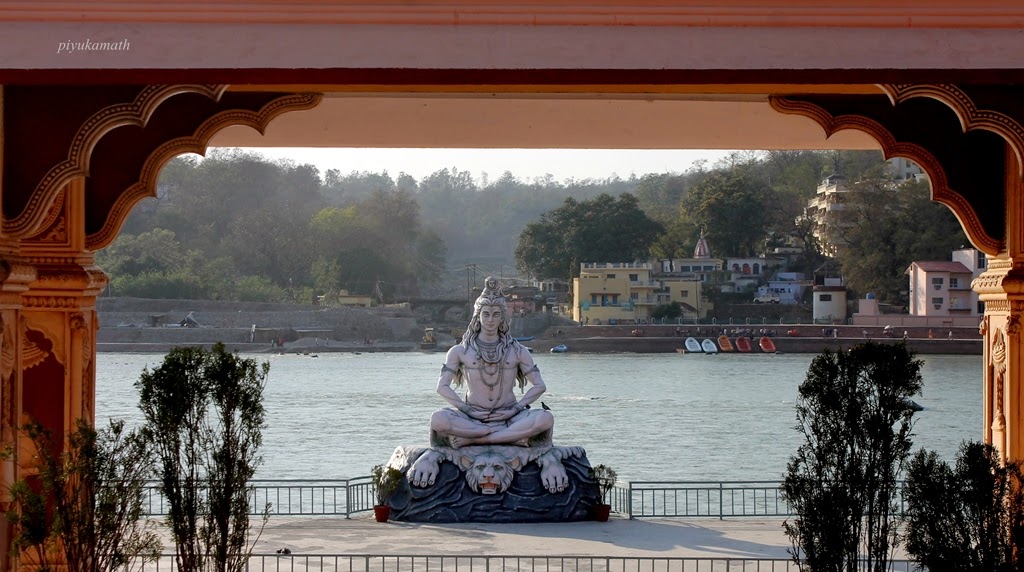 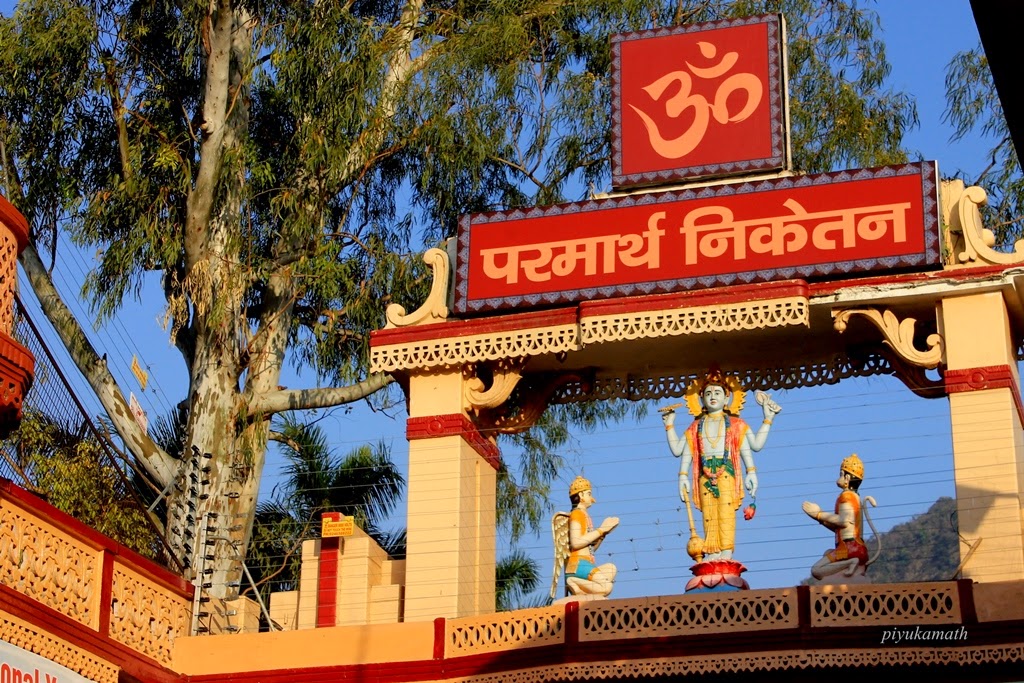 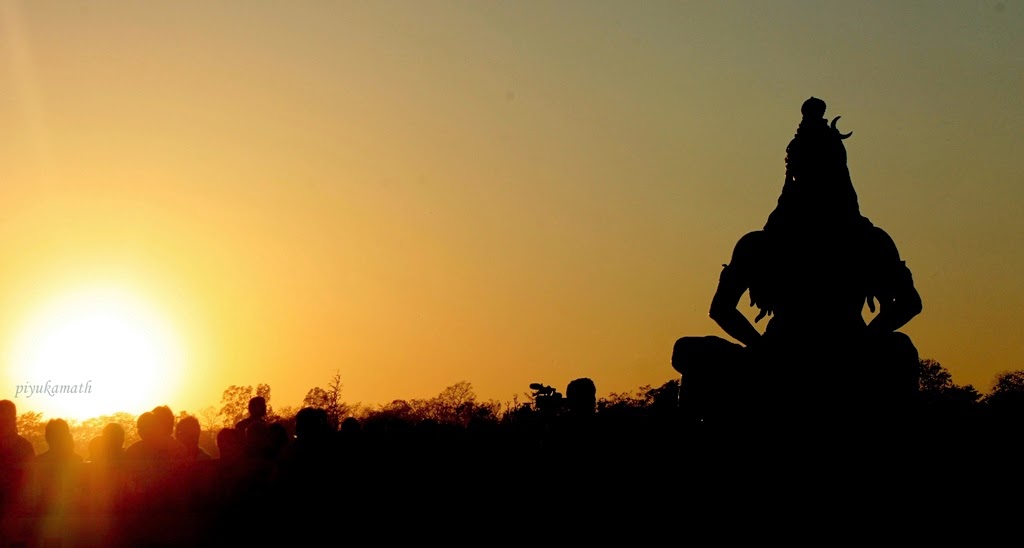 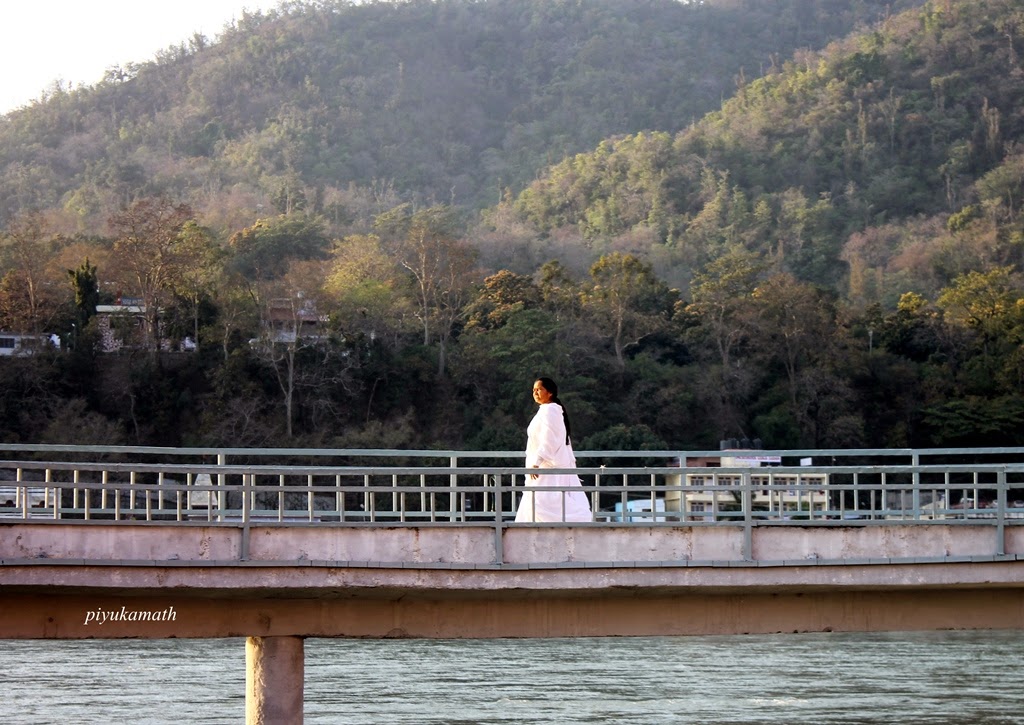 People gradually began to fill in, and before we knew it, the place was almost full. It was nice to see how heterogeneous the crowd was, people of different backgrounds, cultures, faiths all assembled together to pay respects to the holy river Ganges. The evening began with melodious bhajans by the Rishikumars, dressed in bright yellow. 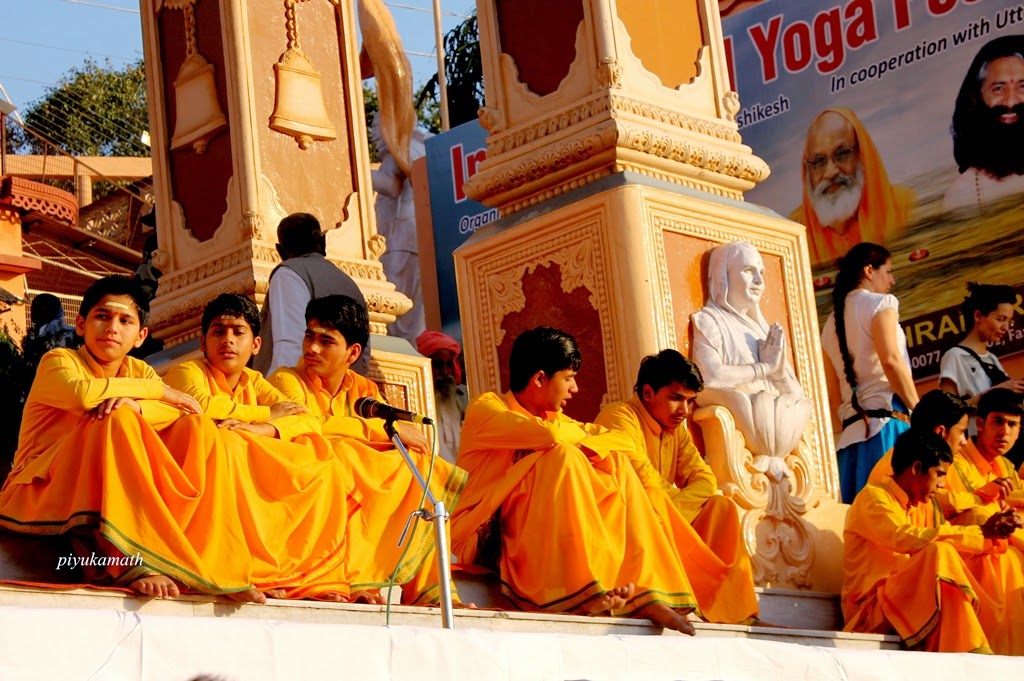 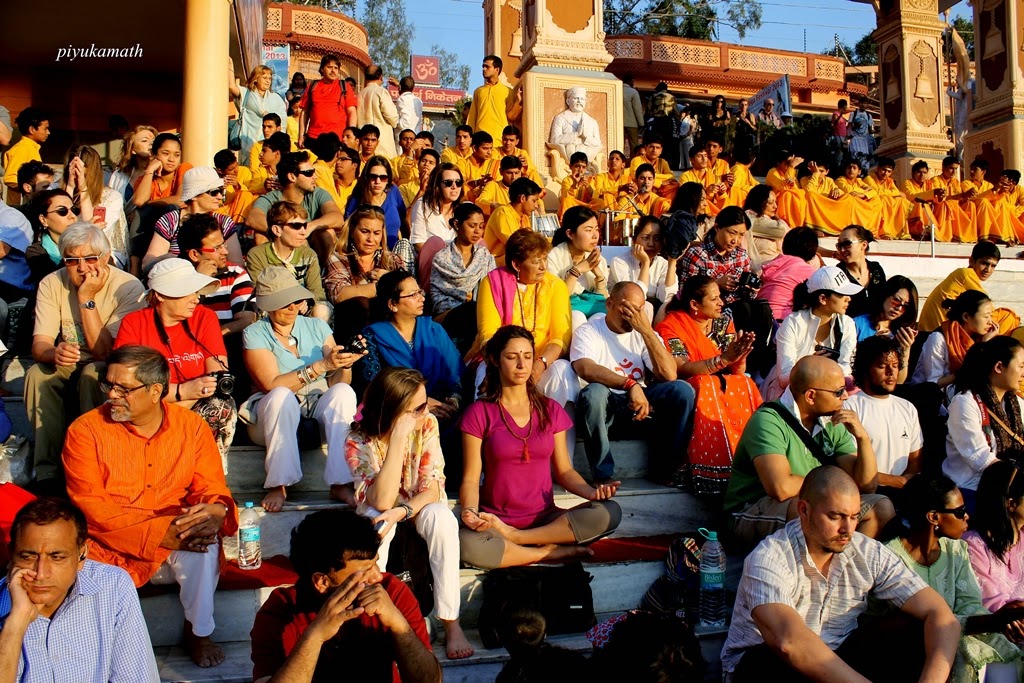 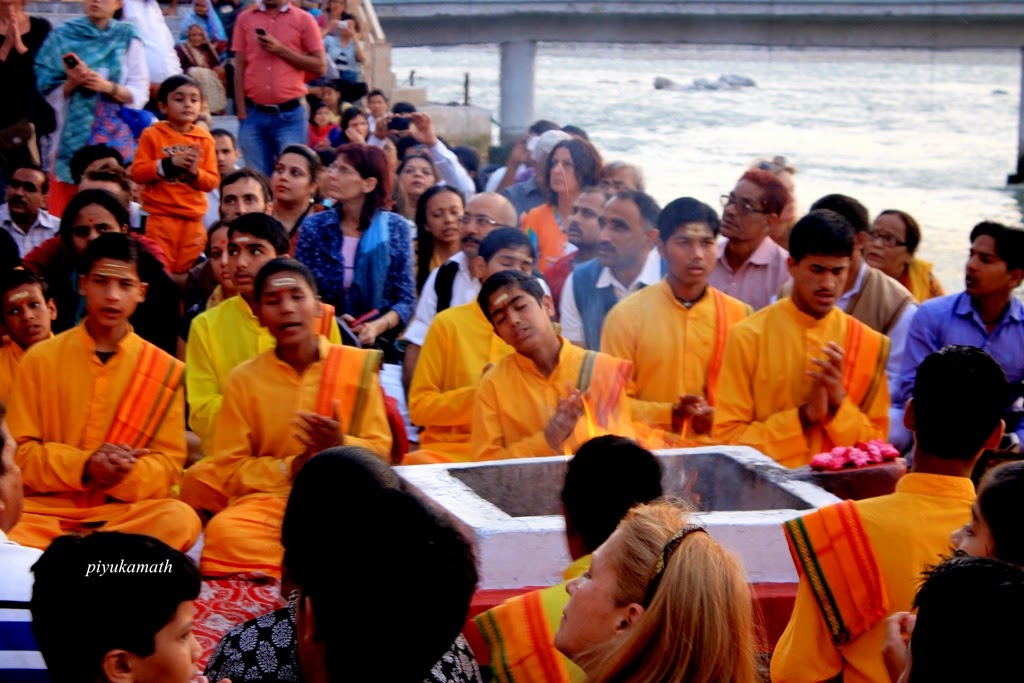 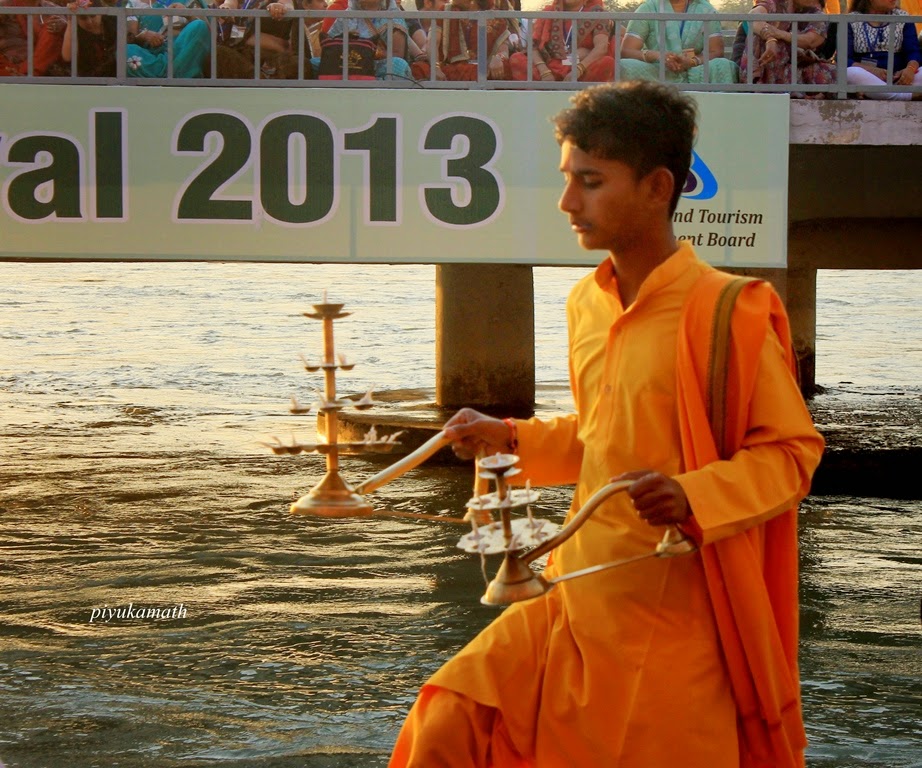 We were pleasantly surprised to see H.H. Pujya Swami Chidanand Saraswatiji Maharaj had joined the crowd without any fuss to make his presence felt. Sadhvi Bhagawati Saraswati who runs the Divine Shakti Foundation was also present. Once the bhajans were over, Swamiji spoke a crisp few lines, again emphasizing the need to take steps to rid Ganga of all the filth and muck polluting her. If not there could be drastic consequences, he said and kept repeating. (How right he was!)

We took a pledge, to do whatever little we can to help in this noble cause. And then it was time for the Aarti. It was a beautiful experience, and what was striking was the fact that every single person present was given an opportunity to perform the aarti - the ever helpful Rishikumars made sure of that. And it did feel magical performing the aarti! 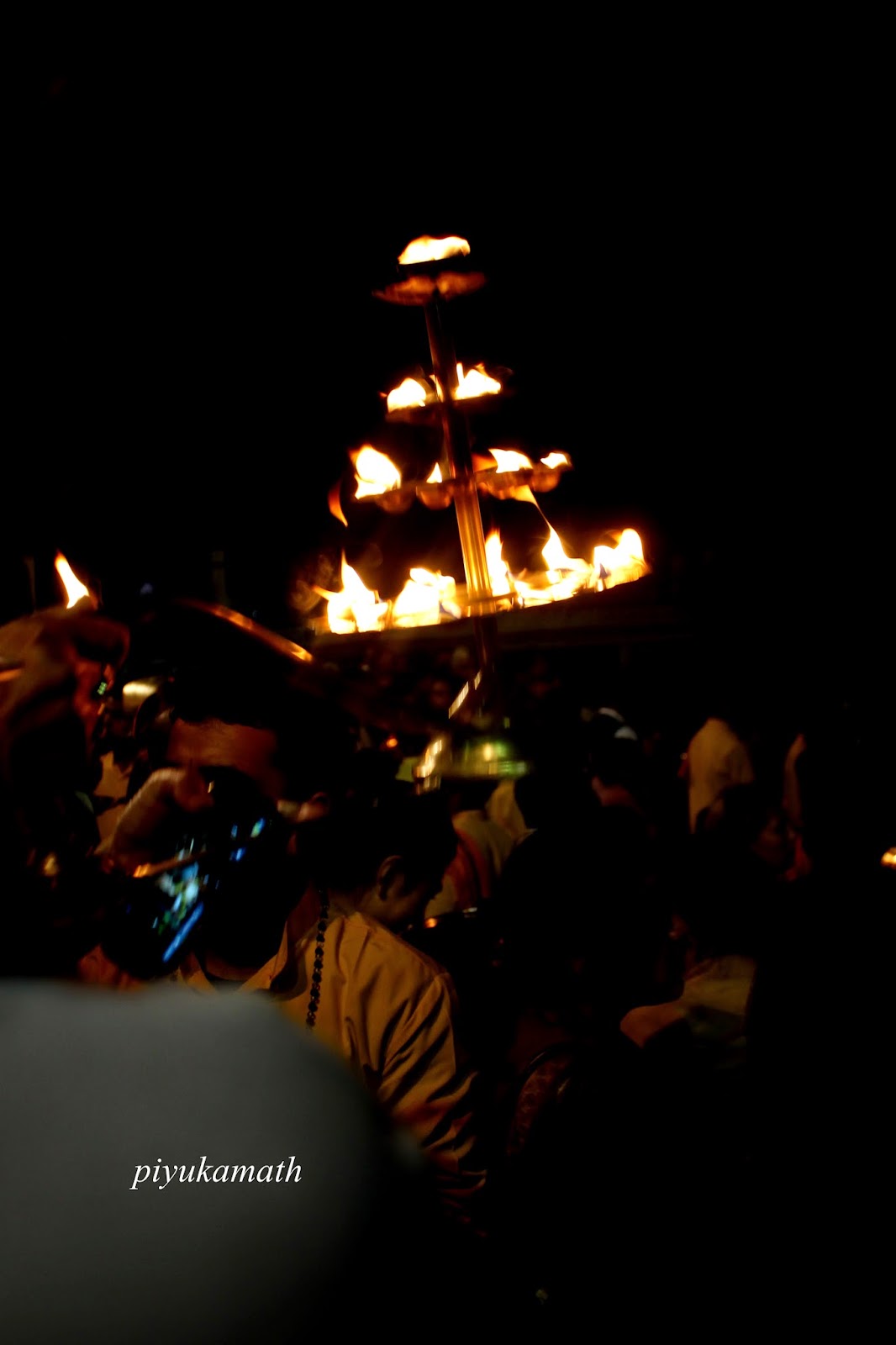 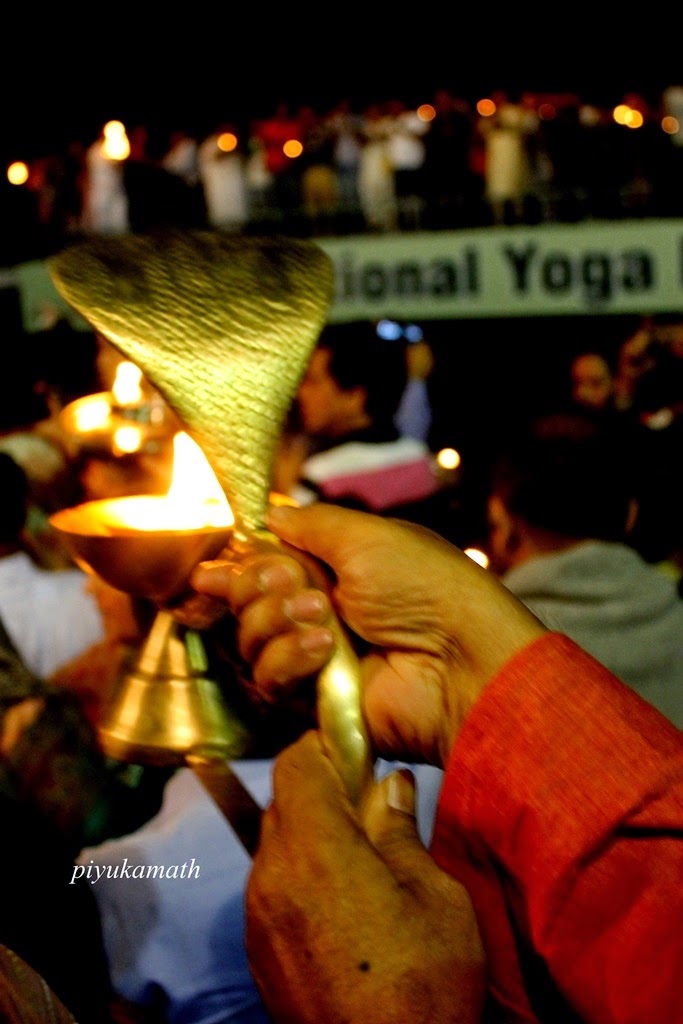 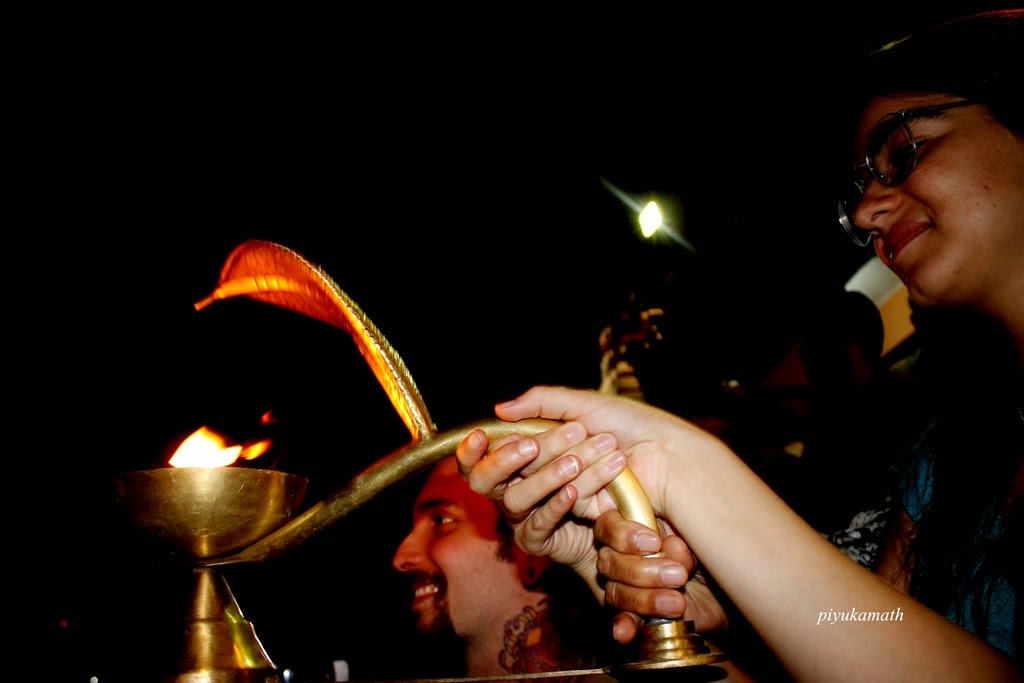 This was and will remain one of the most beautiful memories from my visit to the Dev Bhoomi, Uttarakhand, along with Hardwar, which I've written about earlier.

(Note: Sadly, just three months after our visit, tragedy struck in the form of torrential rains and floods, and the ugly aftermath.)