Buffaloes in the city!

on Wednesday, December 03, 2014
Kambala is a traditional annual rural event of undivided Tulunadu. It is generally conducted in the months of December-January. On this day, well-groomed, well-fed and well-nourished he-buffaloes run a race in a slushy field, along with a keeper. Around 50 Kambalas are held every year across South Canara, and the preparations for the same last almost throughout the year.

The Kambala buffaloes are carefully looked after by the farmers who own them, almost like their own children. It is rumoured some of them even have air-conditioned sheds for the star buffaloes. On the Kambala day, the buffaloes are decorated colorfully, and the entire village assembles to watch the show. Some of them also have religious affiliations; a famous Kambala held every year in Mangalore is Kadri Kambala (also referred to as Devara Kambala, Devaru=God), affilitaed to the Sri Manjunatha Temple, Kadri.

Of late though, animal rights activists have raised their voices regarding the supposed animal cruelty that happens during the event. Well, no one would support animal cruelty in any form. But then, if there are real concerns regarding the same, a logical approach would first be to ban slaughter houses, not only of cows and buffaloes, but of all animals! It is often mistaken to be identical to Jallikattu (another event with buffaloes held in TN), but it is not.

A protest regarding the ban was held by the farmers and Kambala supporters in Mangalore, and I happened to be there at the venue. It was a colorful procession, wherein over 180 pairs of buffaloes took part, and a petition to revoke the ban was submitted to the District Commisioner. It was quite a sight to behold; to see buffaloes walking on the main streets of Mangalore, with their owners continuously sprinkling water and feeding them to ensure their comfort, and posing for the cameras too!

Sharing here are a few pictures from the procession... 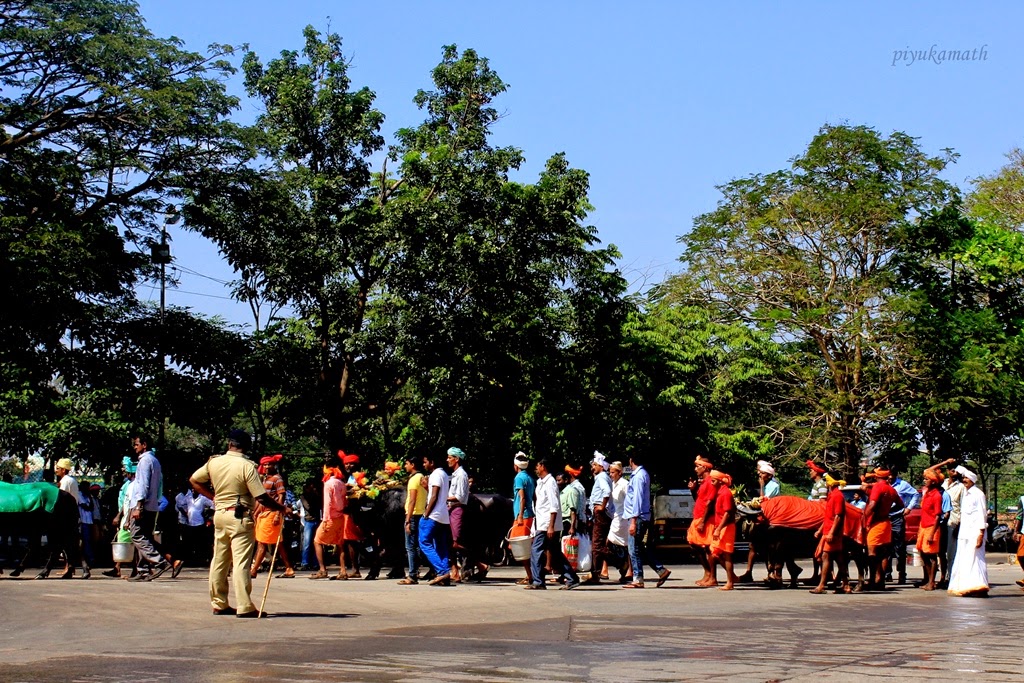 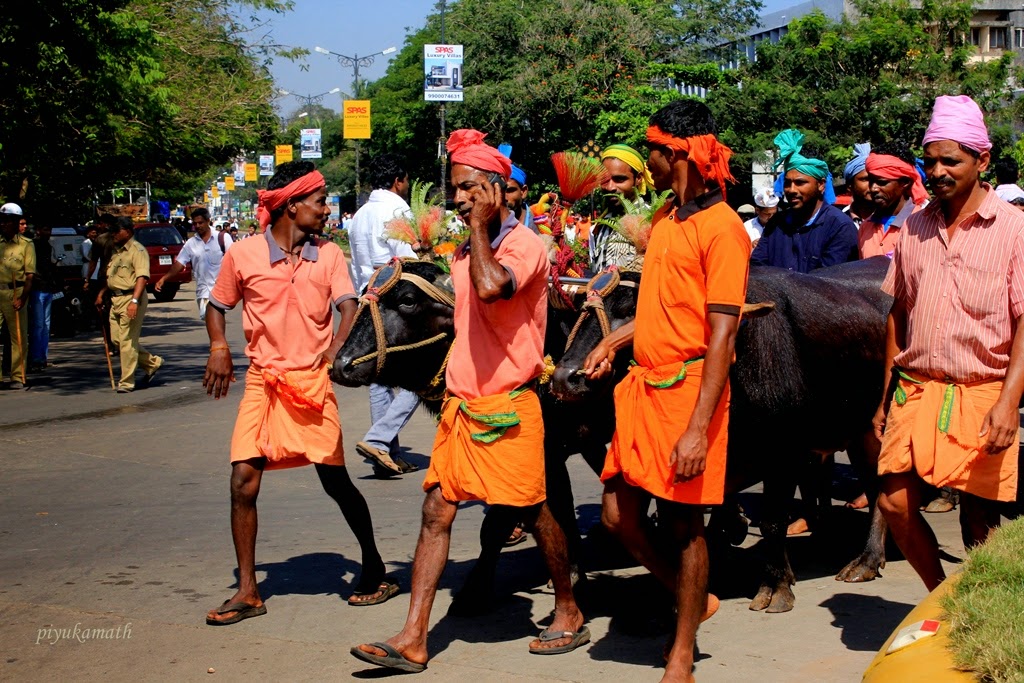 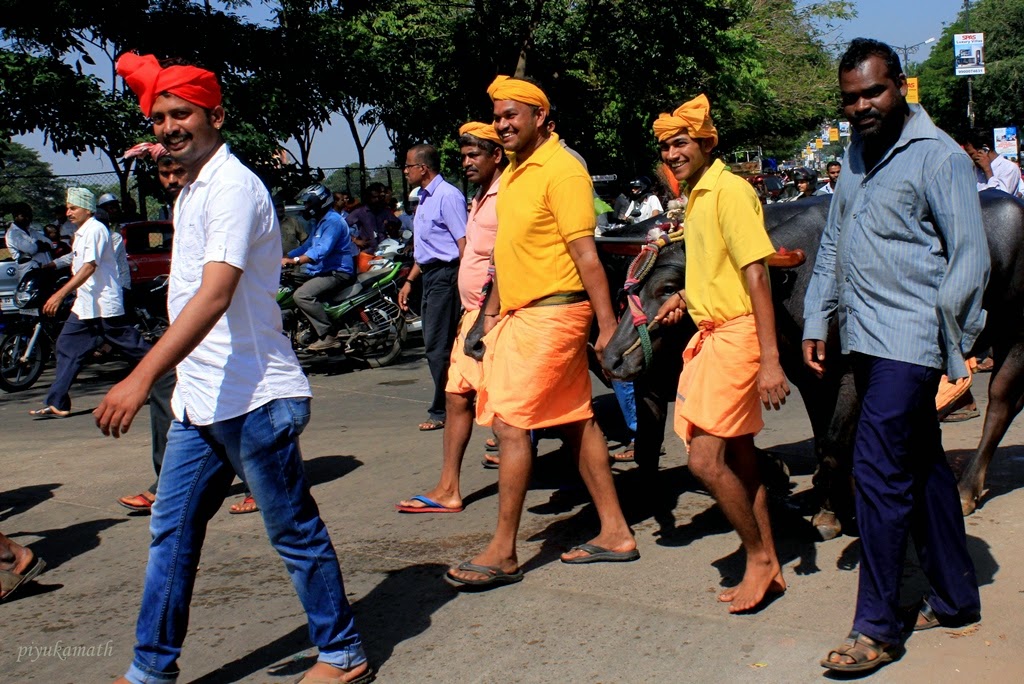 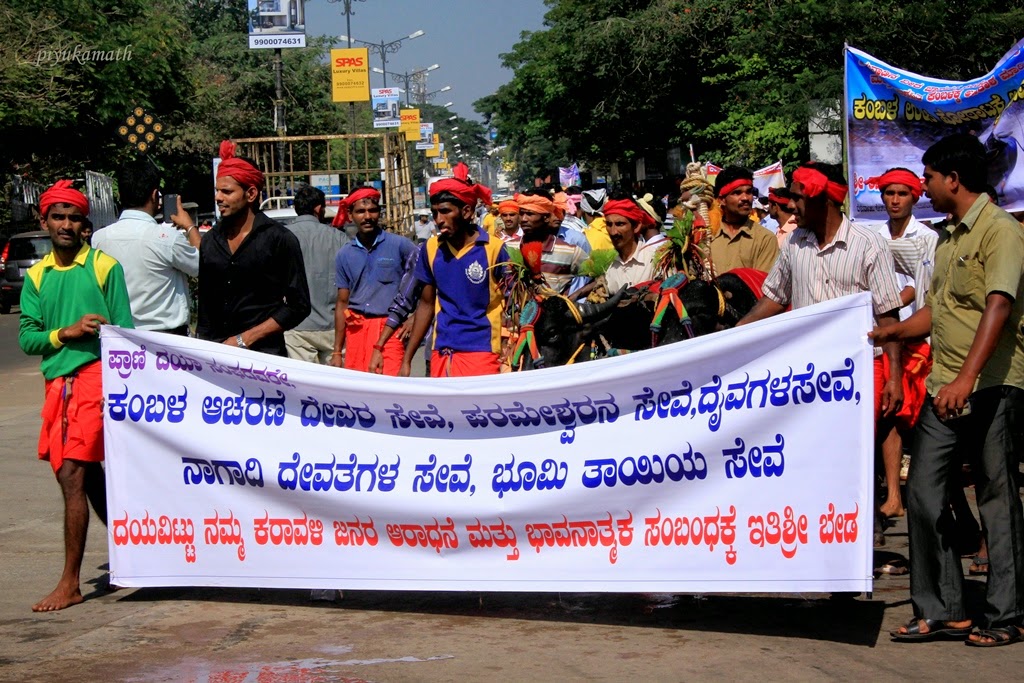 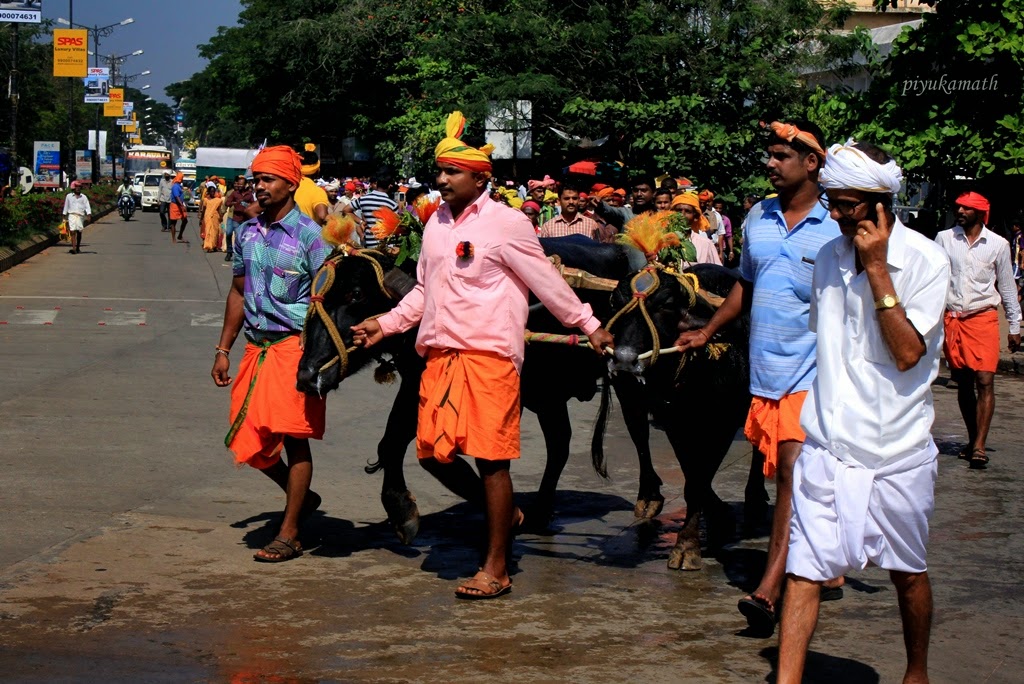 Well, I do hope the ban is revoked. There could be constructive steps taken to ensure the animals do not suffer, but an outright ban on the event will be very sad, considering how integral a part Kambala is, of the culture of Tulunadu.