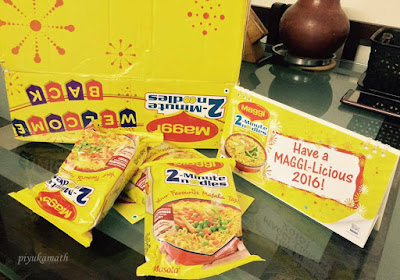 The last few months have been abuzz with many controversies, be it the Sheena Bora case or the ink-fling-on-Sudhindra-Kulkarni case. But none of these have touched so many of us at such a personal level, compared to what a ban-on-Maggi did.

Yes, Maggi. Humaari pyaari si, peeli si, nanhi si maggi. Now, one might say there is nothing great or outstanding about the taste. Fair enough. But then, when you get those troublesome hunger pangs at midnight, there is nothing as gratifying as a large, slurpy bowl of Maggi. When you're stuck in your hostel, hard on cash ('cos it's the month end) and desperately want something tasty that's not too hard on the pocket, Maggi has always been there for you. When you're on holiday on the snowy slopes of Sonmarg, feeling all cold and dreary, a plateful of Maggi saves the day. And probably this is the baap of all jugaad dishes. You add veggies, or eggs, or both, add sausages, or chicken..Yea, you pretty much get the drift. You have to be really challenged in the art of cooking to get this dish wrong.

Which is why when the sudden verdict to ban Maggi was announced, it was such a big blow. And the emotional #WeMissYouToo ads didn't help, not one bit! So, when the ban was revoked, and the re-launch was announced, it was big reason to celebrate. And the 'welcome back' pack sure put a smile on millions of faces. Numbers don't lie, Snapdeal says 60k packs were sold out in the first flash sale.

So, am I over-reacting? Not sure about that. All I can say is we've missed you as hell!
Welcome Back!

Sharing here are two pictures from the archives, one taken in the Baisaran Valley, the other at Rohtang La. 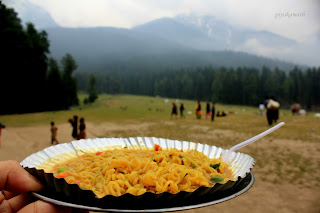 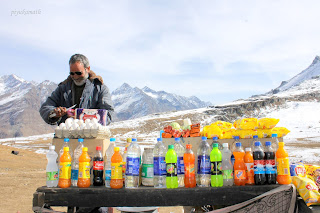