on Friday, January 01, 2016
Continuing from the previous post on Ratnagiri town, this is the second of the fifth post on our roadtrip to Ratnagiri.


It was day two of our stay at Oceano Pearl, which was slowly beginning to feel like home. We again asked Pratibha-tai to make kanda-poha for brekkers. We didn't feel like going out at all, especially remembering our (mis)adventures the previous day. However we dragged ourselves out, with the sole intention of getting to Ganpatipule, about 40 km away from where we were staying. We took a short-cut from the homestay that ran right through some rustic settlements. Probably this road was less frequented by vehicles, because as we passed by, in a couple of places children actually came running to the road and waved at us! 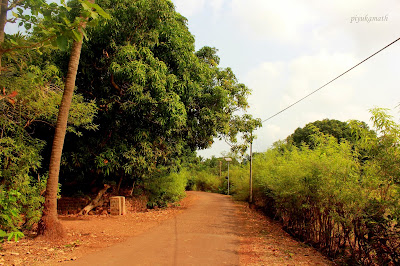 We first stopped at the Ganeshgule temple, located on top of a hill. The view from here was beautiful, the countryside was painted green as far as the eyes could see; mango trees predominated. There was a lone priest at the temple, who appeared to be lost in meditation and prayer. He seemed oblivious to my presence which put me quite at ease. I found this impressive; in so many temples I'd been to earlier (especially the ones at so-called 'tourist destinations'), priests would try to lure and force devotees to donate or to pay for something or the other. Considering the extremely fine trickle of devotees that this temple was expected to get everyday, one would expect something similar from the priest here. But no- he seemed least interested to wheedle out money from visitors. A metal Mooshakraj (Ganpati's vehicle/vaahan) stood facing the sanctum sanctorum; whispering one's wishes in his ears is considered auspicious as those wishes are bound to be fulfilled. I did the same, walked around a bit, and we went on ahead to Ganpatipule. 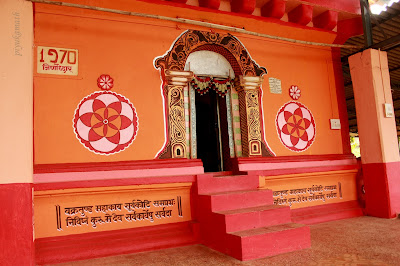 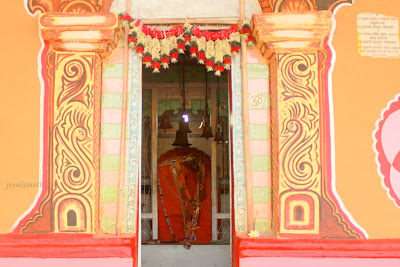 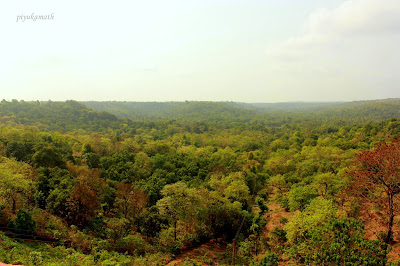 Ganpatipule is a small village about 26 km north of Ratnagiri, and it houses the famous Ganpati temple, which is located right by the sea.

Legend behind the two temples: Ganpati from Agargule is supposed to have gone to Pule (Village Agargule is now known as Ganeshgule). The temple at Pule is situated on the sands of seashore at the foot hills, while at Ganeshgule it is on the hills by the side of seashore, an ancient place. The legend is, both at Gule and Pule, Ganeshji is shapeless and the image looks similar. Wikipedia says the idol is 400 years old and is said to have sprung up from the soil. The deity faces the West, so as to guard the western gates, unlike deities in other Indian temples who face the east. Shivaji Maharaj is said to have been a great devotee too.

For me, the best part was again the drive to Ganpatipule via Ratnagiri town. There were quite a bit of curves. The sea would suddenly stare back at you just as you took the next one. And the sea looked stunning! One could actually differentiate so many different hues of blue and green. We stopped at a few places to take in the vistas. On the flip-side, by the time we reached Ganpatipule it was almost mid-day, and as expected very hot. 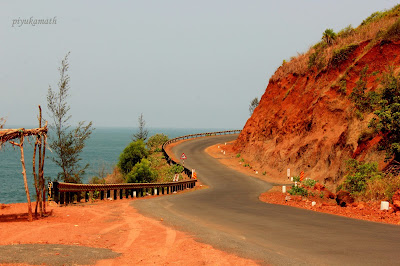 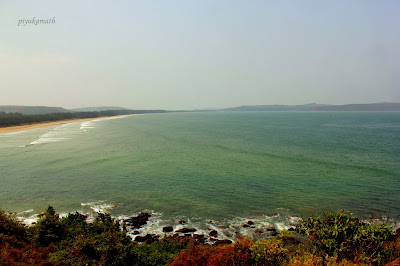 The parking area was a mess, no one seemed to be managing it. We managed to find a parking spot by the roadside a little distance away. Thankfully there wasn't a heavy rush at the temple, and we got the darshan straight away. It was also surprisingly quite cool inside the temple complex, and we sat there for a while. 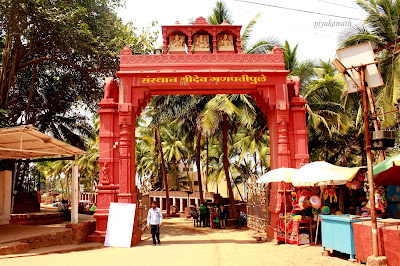 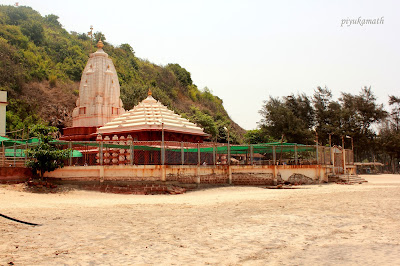 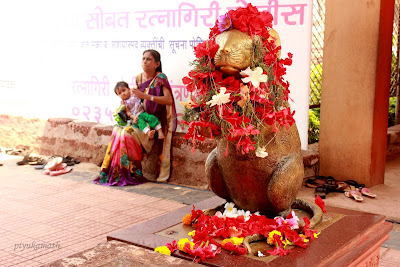 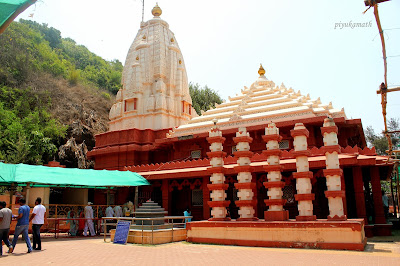 I went out to the beach to explore a bit. Thanks to the agents trying to sell dolphin-view-cruises and camel rides and elephant rides (dung!) and what not, the entire area was chaotic. Not worth the trouble I decided, and we directly drove back to the homestay. Enroute we again stopped for pictures; the traffic on the highway was now sparse. 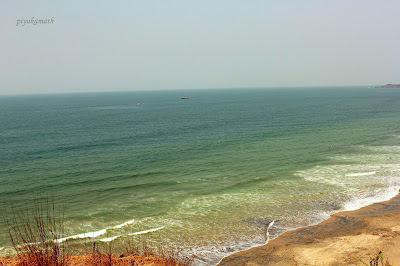 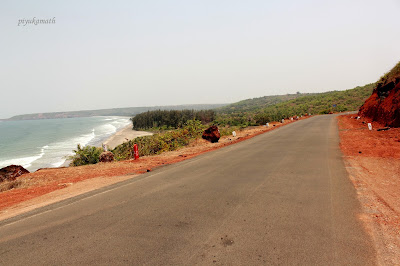 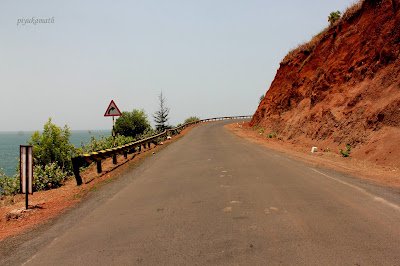 An aromatic lunch with surmai curry, chicken curry, and solkadi awaited us. The evening was again spent by the beach, getting in some fresh sea air.

Read the other posts in this series: RATNAGIRI: Getting There & Around (1/5), Ganeshgule Beach (Ratnagiri 3/5), Oceano Pearl, Ratnagiri 4/5, Driving back via Kasheli to Goa