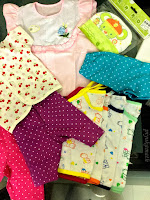 This is something that has been sitting in my drafts folder from sometime now, but I always felt sceptical about posting it. However this contest was the perfect opportunity that came my way, and I'm doing so after obtaining due permission from the concerned. Amongst all the people who have taught me and inspired me in different ways, she stands out far more ahead than the others.


My meeting her was by chance last May. She joined the same workplace as me at around the same time as I did. Not happy with her previous employer, this was a golden opportunity that had come her way unexpectedly. However it also meant shifting and staying alone, away from her family. And there was one catch- a major one to be precise. She had just been diagnosed to be pregnant! So what would any typical Indian girl be expected to do when faced with such a dilemma? Career or family? That question might not even arise, as any sanskaari girl would not even think of working, right?

Enter this girl. Backed wholly by her extremely supportive husband, she took a very bold decision to quit the old organisation and to take up the new job offer. Everyone in her family was aghast! What was she even thinking of? Had she given any serious thought before making up her mind? People around tried to talk her out of it, tried to dissuade her, but she stood her ground. Since she was carrying, she couldn't even think of travelling from her home to the workplace and back, everyday. So she simply shifted to the new place, alone. At work we hit it off like a house on fire. We liked the same people, hated the same people, loved to eat good food, loved to shop, etc.- you get the drift. After all they say two Scorpios can either be the best of friends or the worst of enemies.

Whenever anyone in my family had been carrying, they would be taken care of so much, looked after with attention to every little detail. Their mums or their mums-in-law would make rich tasty dishes for them. In one word, they would be pampered, a lot! Now this is not wrong and a pregnant lady deserves every bit of the extra attention she's given; after all that's the only time (generally) a married girl is looked after so well. Also, there are so many beliefs and taboos regarding what a pregnant lady should and should not do. Don't eat this, eat only food cooked at home, don't go out, blah blah blah!

But this particular girl was different. She received no special attention. She raised so many eyebrows with her decision to stay alone for the larger part of her pregnancy. No one cooked her favourite dishes for her. And she broke all shibboleths concerning pregnancy. We ate out often, after all both of us believed that not eating fish for three days in a row could cause serious damage to our respective internal systems! There were times I almost forgot she was carrying. Pulling her leg about her slowly expanding self, sending cruel and brutally honest jokes on pregnancy became my favourite thing to do. And thus time flew.

As the months passed and she neared term, she began wondering what she'd do if she popped when alone at home. Still she continued to work. Finally the Doc told her off, said she could go into labor before term, and also said it was high time she acted lady-like, i.e took some 'bed-rest'. I missed her terribly at work initially. Thanks to WA I kept her abreast of all happenings.

And finally the much awaited D-day arrived. She messaged me quite early in the morning that she'd developed labor pains; I didn't hear from her for sometime after that and naturally began to fret. We finally decided to drop by; just as we drove into the compound of the maternity hospital we spotted her husband talking on phone, all smiles! It was a Girl! I quickly went into the post-op, and there she lay. The little bundle of happiness, her shock of thick hair still wet and shiny, yawning. I was too nervous to pick her up, so I let her be and walked over to my friend. The pethidine was working well and she was all drowsy. She complained the baby wasn't feeding, I told her she probably preferred fish/chicken, and was wondering why her regular supply of the same (as was going on in-utero) was suddenly cut off and was now tried to be fed boring milk!

She is now less-than-a-month old, and does what all babies of that age do. What I admire the most about my friend is her grit. Her ability to face criticism and her clear frame of mind in taking tough decisions are the two qualities I've begun to admire. And that is why, amongst many others, she's someone who has inspired me a lot in 2015.

This post is submitted as an entry to #SpreadTheVibe contest by Youth Ki Awaaz and IndiBlogger.