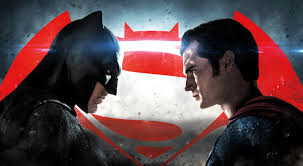 When a Superhero movie is made, the creators know for sure that the loyal fan-base will watch it, no matter what the reviews say. And that is probably what is behind the making of this movie.

Ten minutes into the movie, I turn sideways to glance at my friends- is it only me that's feeling this way, or do they share the same feelings? They have the same blank expression on their face. I'm relieved.

It is wrong to compare a movie with any other. But for a long time to come, any Batman movie will definitely be compared with the masterpiece that Nolan created and managed to etch in our minds. Christian Bale will be missed, Morgan Freeman will be remembered, and Alfred = Michael Caine! Period. This is something the makers of future Batman movies have to remember, and live up to.

Expectation: Batman vs Superman was a movie we had been waiting for, ever since the announcement of the theme. The very idea of seeing Batman and Superman in one frame was fascinating. It meant watching two Superheroes come together, and fight each other. The expectations were sky high.

Reality: Then why does it look so shoddy. Ben Affleck as Batman seems to be the perpetual tragedy king. When he says, "Do you bleed?...You will", it doesn't evoke even half the emotion what one felt felt when Bale said "Not everything...Not yet". Half the movie seems to be filled with dream sequences. Alfred looks cynical. Even dialogues which are supposed to be funny, don't half appear so. Some of the dialogues from the earlier movies are so inspiring, you can actually keep reading them. This movie doesn't boast of any such thing.

Superman just seems to fly from one continent to another. And Lois Lane! Amy Adams is largely expressionless, and even clueless in some parts of the movie. It looks like she's there just for the sake of being there, serving absolutely no purpose, including a scene where she throws a Kryptonite spear into water. She forcefully reminded me of the role of any female actor in a Salman Khan movie! Jesse Eisenberg (as Lex Luther) is the psychotic super-villain who creates a monster no one can handle. And his sole intention is to get Batman and Superman to duel. Logic? Oh, you don't ask for one when Luther is involved. He fails to induce the chill in your spine, that the mere gait of Heath Ledger did! I however, liked him the most, among all the other characters in the movie.

The scene where Batman is almost about to finish off Superman, and he stops short when he learns both their mothers have the same names- that is emosanal atyachaar! And the whole purpose of Diana Prince a.k.a Wonder Woman is beyond comprehension. The message that there'll be a sequel where Batman creates the Justice League fails to get across. There is no flow in the sequence of things; just things happening one after the other. And some scenes shot in slow motion got on our nerves.

All-in-all, it was one hell of an evening spent in the movie hall. I will never get those two precious hours of my life back again, two hours which could have been spent doing things so much more productive. Probably the only remedy is watching The Dark Knight and The Dark Knight Rises, repeatedly, to get over the trauma inflicted by the Dawn of Justice!

Read also: Why so serious?