Disclaimer: This post includes descriptions of Possession, wherein the Spirit occupies the man acting as the medium (The Oracle) temporarily. It is left to an individual to believe this or to differ with the idea. For me personally, it's more a form of local art than anything else. This is why I put up such articles and photographs on my blog. These indigenous traditions, unless preserved, could slowly disappear, till we'd end up only reading about such customs and practices. I claim no authority on the subject; whatever I've put up here is what I've been told by my folks, or what I've read on the topic. 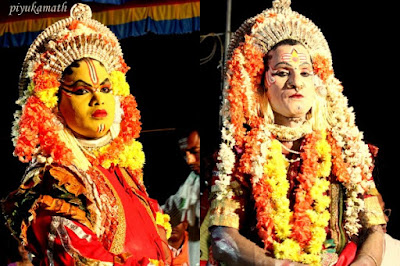 Once the Spirit of the land has been invoked, it is now the turn of the Spirits of the house, Panjurli and Varthe. This is a brother-sister duo (some ballads describe them as being married to each other too). To make things simpler, I've referred to the artist invoking Varthe as a 'she'; she is dressed in a saree and lot of frilly attire. Panjurli is the same Spirit who was invoked earlier, and hence the make-up and clothes are similar. 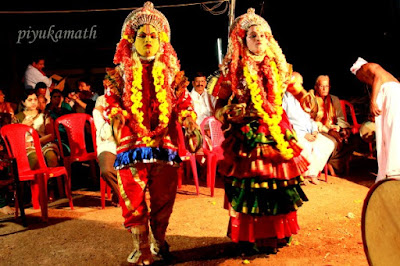 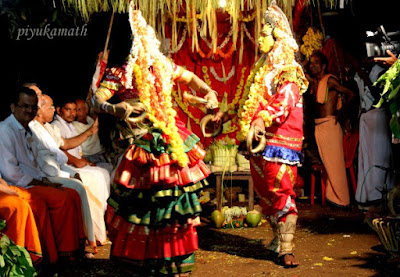 The sequence of events stays the same. It is actually constant for a ritual to invoke any Spirit. The initial dance involves holding the brass anklet (gaggara). This is followed by tying it to the ankles, and wearing the siri (coconut fronds). 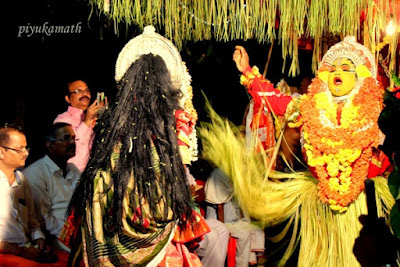 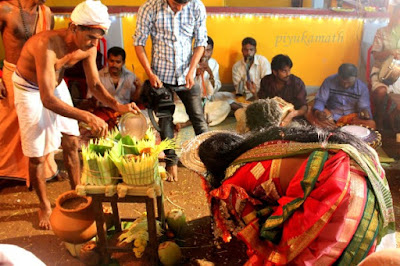 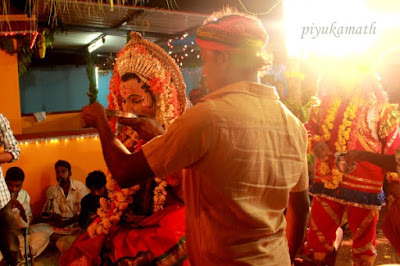 I spot an interesting arrangement in the mantap, again made of coconut leaves. What differs this time is Varthe's expressions. Some of them are so vivid and real, people watch enthralled. She dances more toward the part of the crowd that is predominantly women. 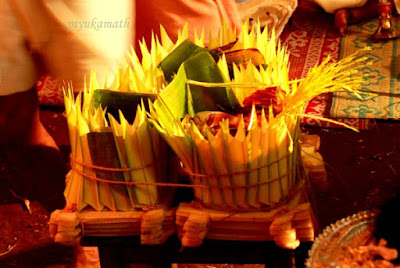 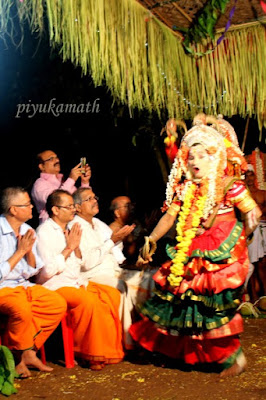 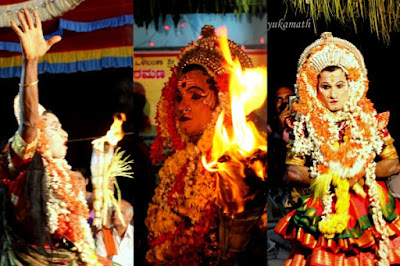 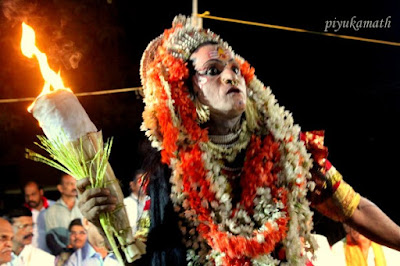 At one point, she goes to the doorstep of the house, where she is greeted by a senior lady of the house, with an aarti. She then sits on the doorstep and puts a burning camphor on her tongue. Now this happened so fast, and I was blocked from view, therefore I couldn't get a picture - I've put up an older picture here for representation. 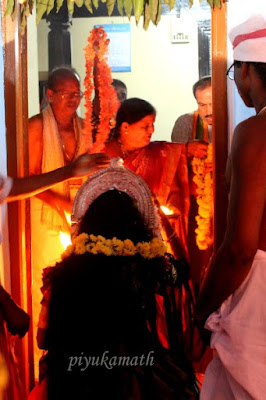 She then has a conversation with the Madyastha (the Moderator). As I've mentioned earlier, this particular guy was quite good at it, spoke very fluently, and watching his expressions itself was fun. Finally this round ends with both the Spirits going and paying respects to the Tulsi plant in the courtyard. And then collapsing to the ground. 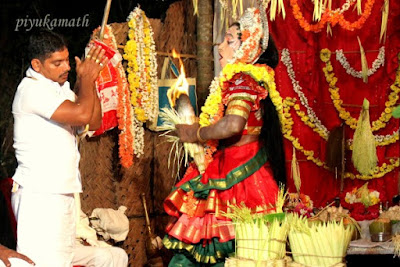 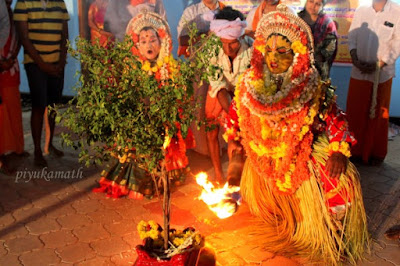 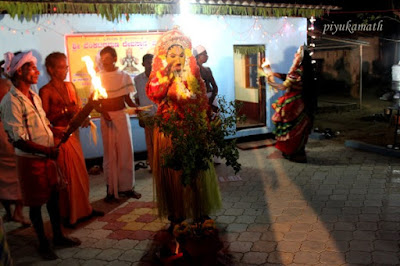 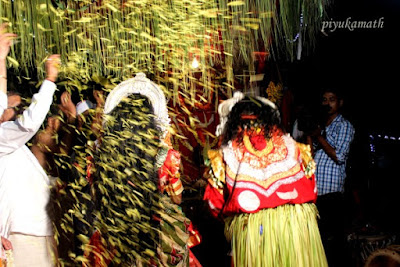 Read also, the earlier posts in this series: