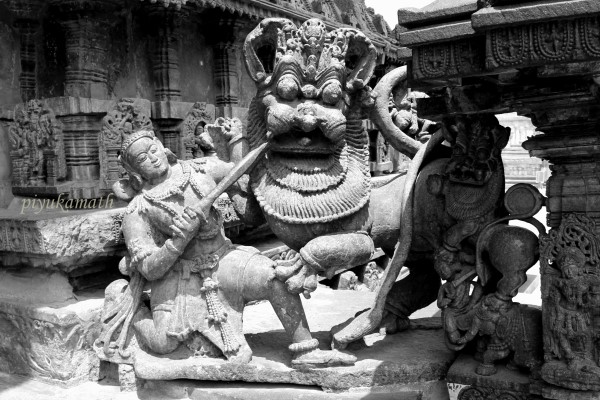 If the stone work inside the temple is beautiful, the outside is mesmerising. Walls and walls of carvings- scenes of war, scenes of courts & courtesans, scenes of song and dance, scenes of elephants and horses and other mythical beings. 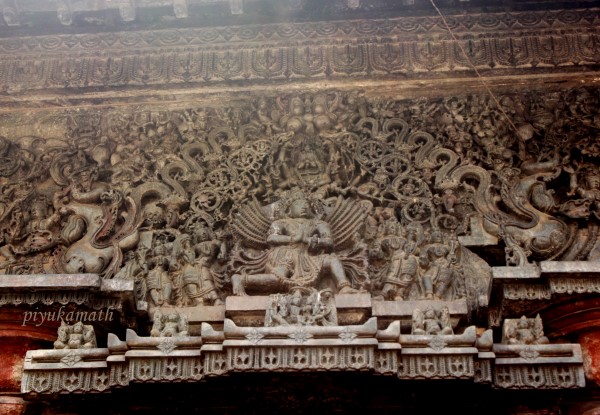 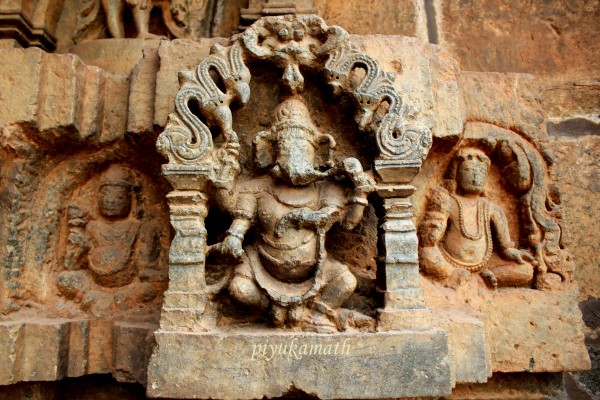 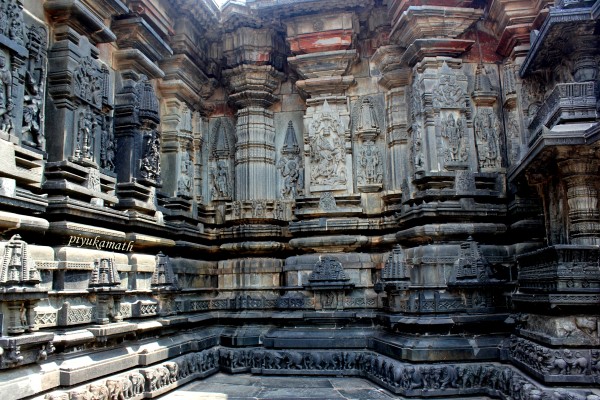 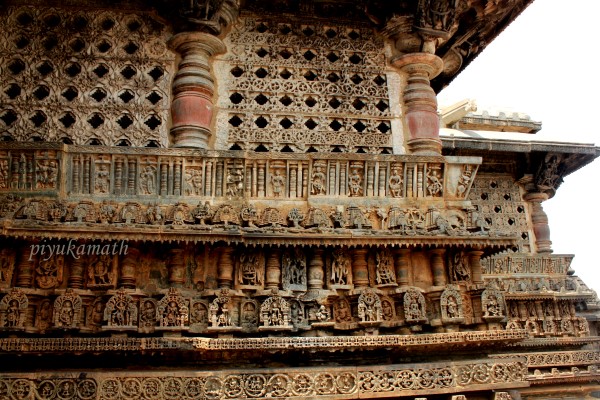 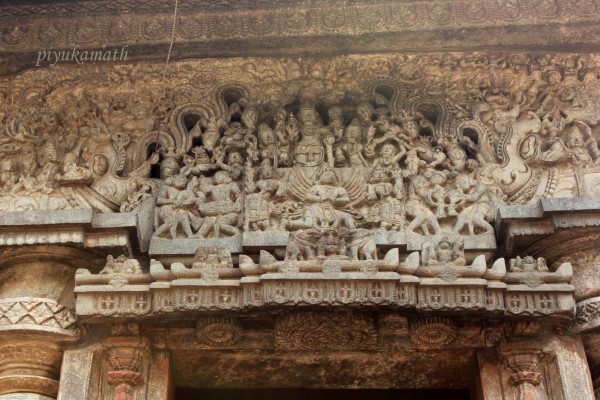 And the recurring theme of the Hoysala symbol, of the Warrior and the fierce roaring lion. 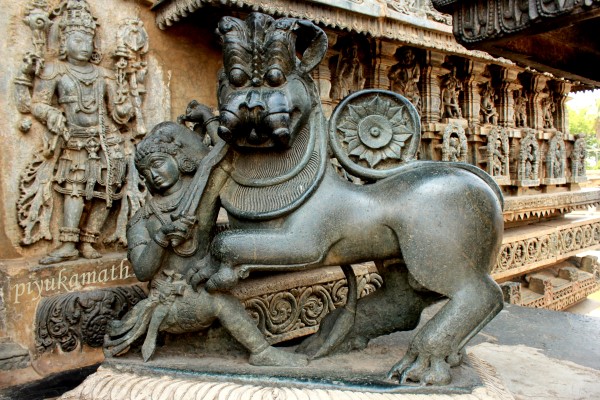 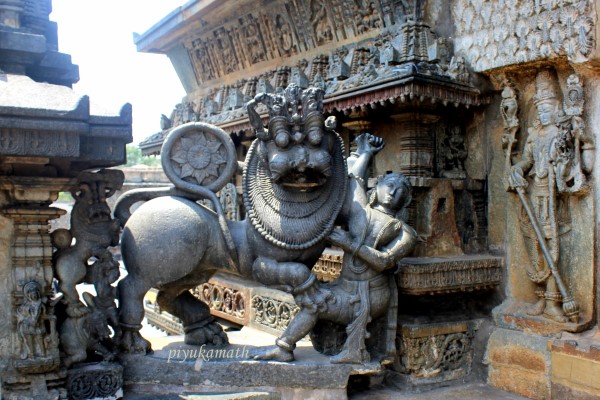 We spent quite a long time walking around the raised platform, on which the temple is built. There are many other smaller, pretty shrines and structures in the temple courtyard. Finally the heat slowly started getting to us, and we decided to sit for a while in the car, before heading on to Halebidu. 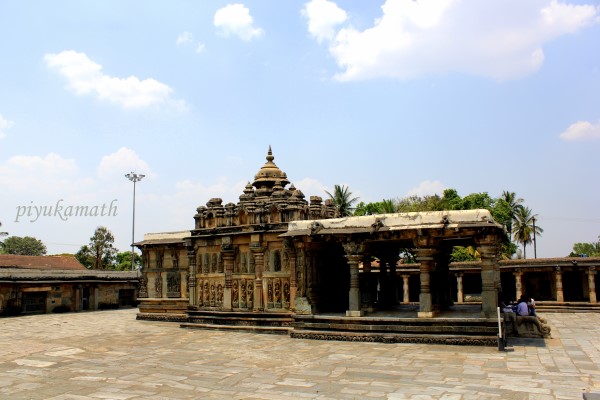 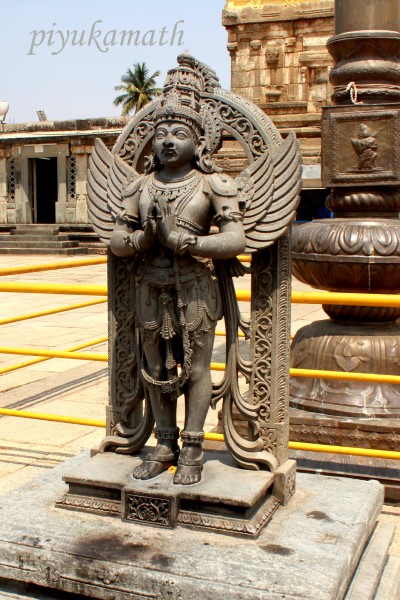