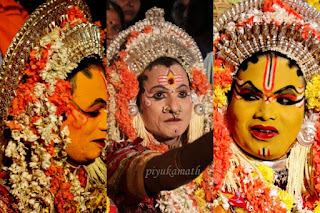 The Kola ritual has been accepted, and everyone is happy. The artists come back to the Mantap area, and sit side by side. The atmosphere is light and cheerful. It is past 3:30 AM now, and yet no one is sleepy. It is actually quite early for such a ritual to get over, but as I've said earlier, there aren't feuds in our family to solve. Hence the question-answer session has been short.


It is now time for the final part, the offering of live chicken to the Spirits. In certain rituals, the chicken is actually killed (read bitten and ripped at the neck!) on spot by the possessed artists; this is very gruesome to watch, also horrifically thrilling. We (thankfully) don't have this bit. The Spirits symbolically pull out a feather each from the neck of the chicken. It will be taken back by them, and is momentarily tied up by the helpers. It is fun to watch them handle the chickens, there is a lot of wild fluttering and squawking! This is followed by handing over of beaten rice and thick dosas. 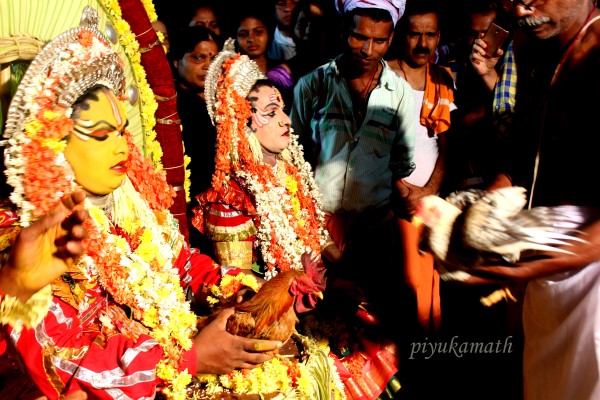 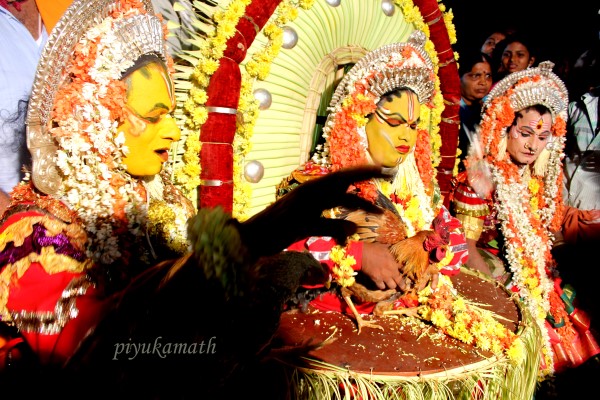 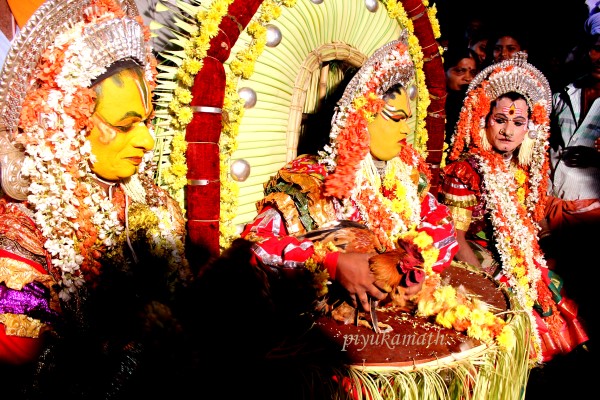 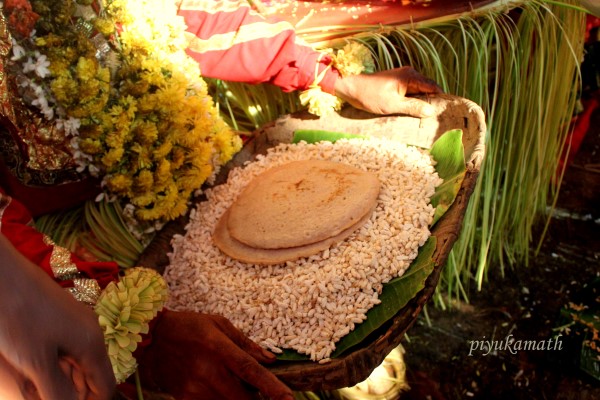 With this part done, the Spirits move about, bless everyone, there's a final clanging of bells, and the ceremony is over. We are happy that it's gone on well, without any flaws. 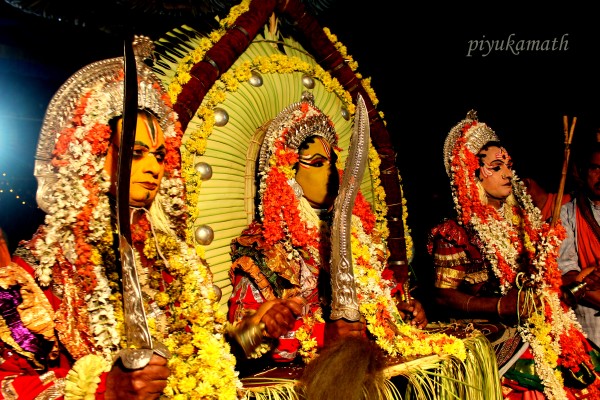 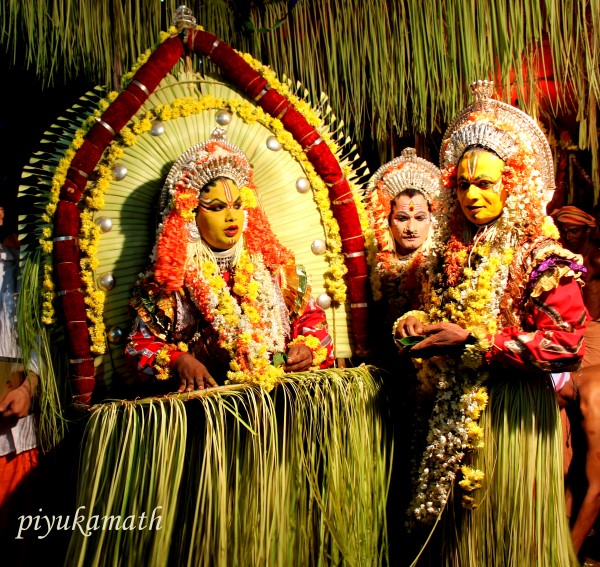 With this, I complete the eleven part series on organising a Kola (Bhoota ritual). A sincere thanks to all those who read this, and gave me their valuable feedback. Well appreciated!
And as a closing snap to the series, here's a picture of a cousin who managed to catch the chicken which had quietly escaped after the ceremony was over, when the artists were packing up! 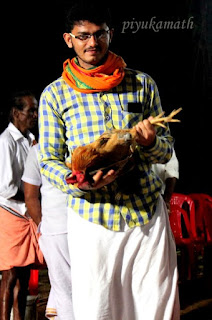