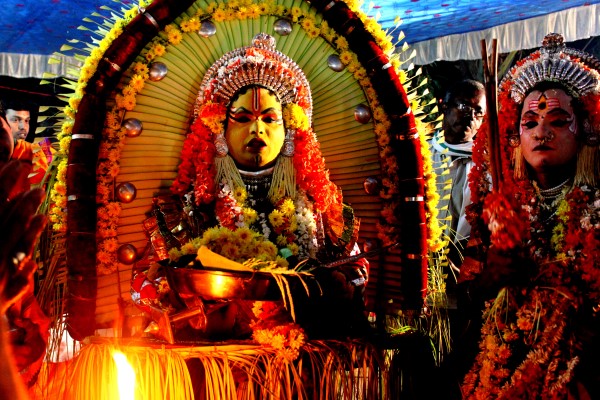 Once all rounds of dance are over, it is now time for the most important part of the ritual- to ask, converse with the Spirits and seek guidance. Usually there is a long line of people waiting to ask and seek advice. In some cases this part of the ritual goes on quite late, well into the next morning! One particular relative is even known to pick fights with the Spirits! 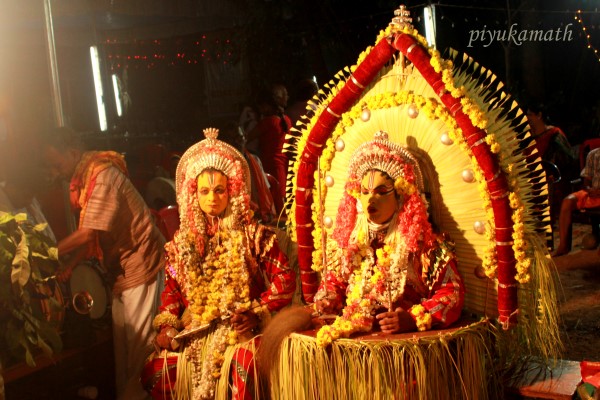 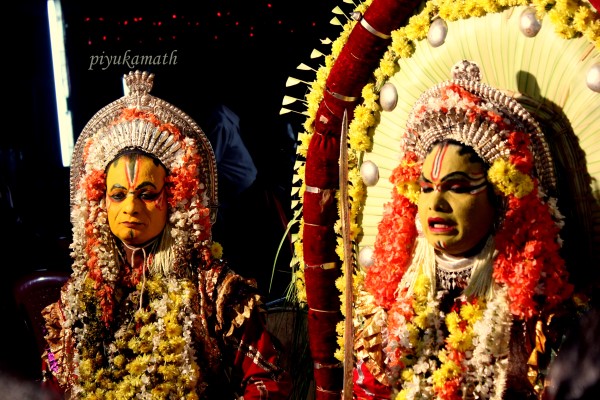 Since this Kola has been organised as a part of the renovation of the daivasthana, and not as a mannat, there aren't many people waiting to do so. It's just the general family elders, who seek blessings for the entire family. The conversation happens in the local language, Tulu, sometimes through the mediator, sometimes directly. Listening to the fluent, effortless dialogue (Nudi) delivered by the Oracle is nice, the tone is very soothing. 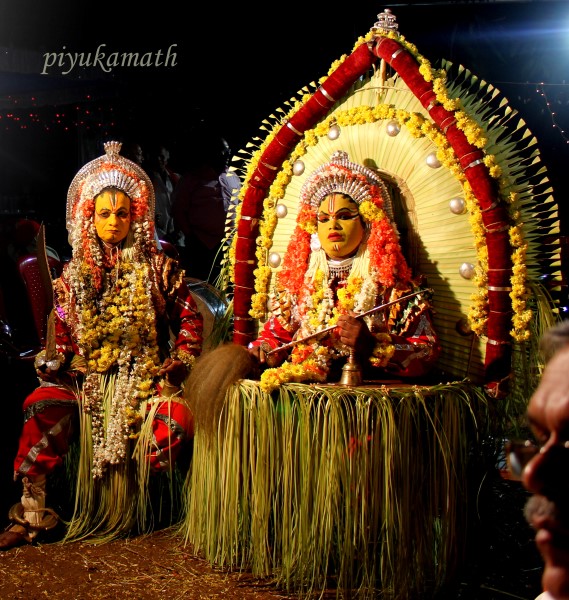 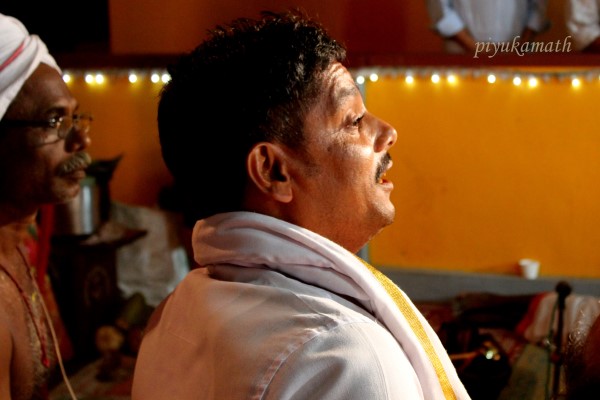 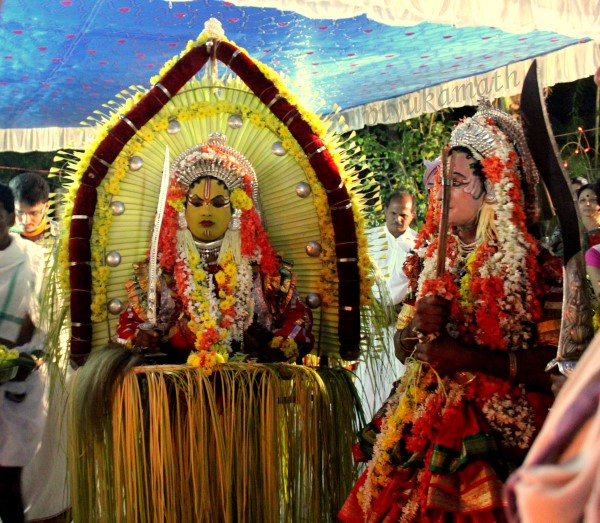 The sign of acceptance is drinking milk and eating a banana dipped in it. The milk has to be from a cow. Thanks to my uncle, he has freshly milked his cow at 3 AM! Before offering it to the Spirits, every member of the family has to symbolically touch the offering. It is then handed over to the Oracles, who accept it graciously (it almost felt like she was raising a toast!). 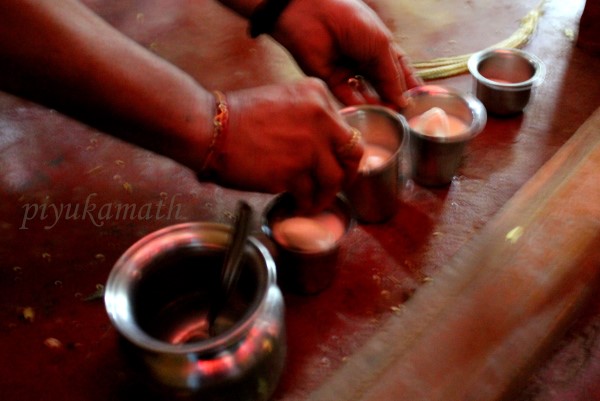 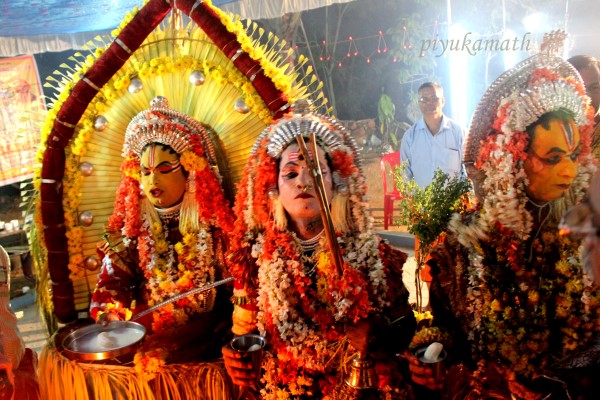 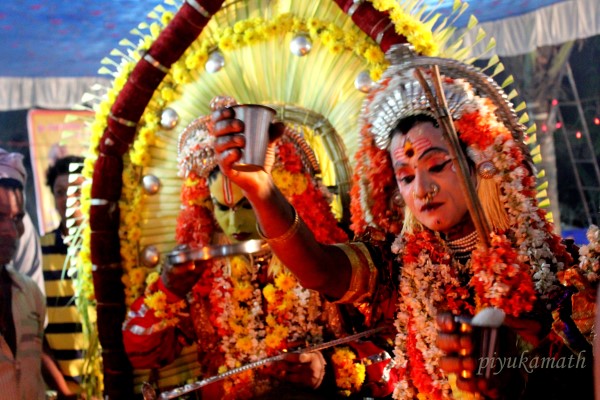 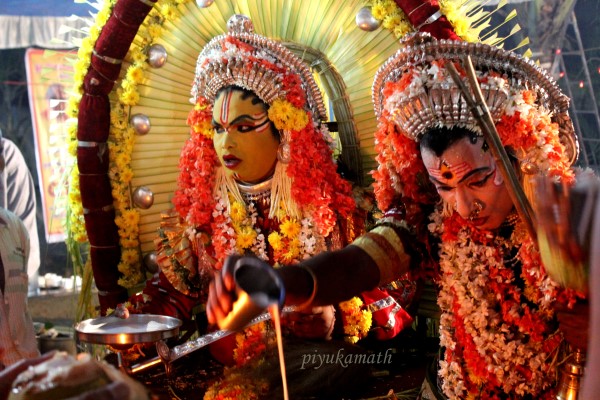 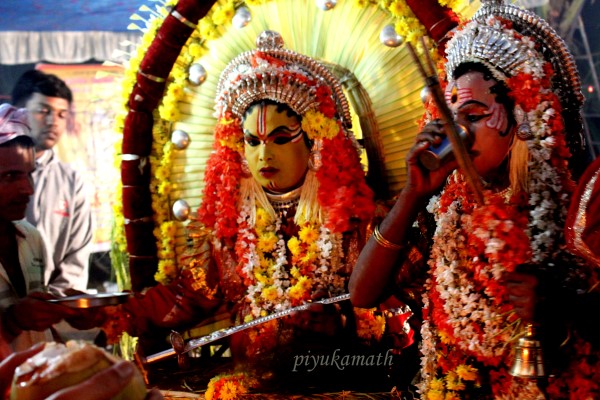 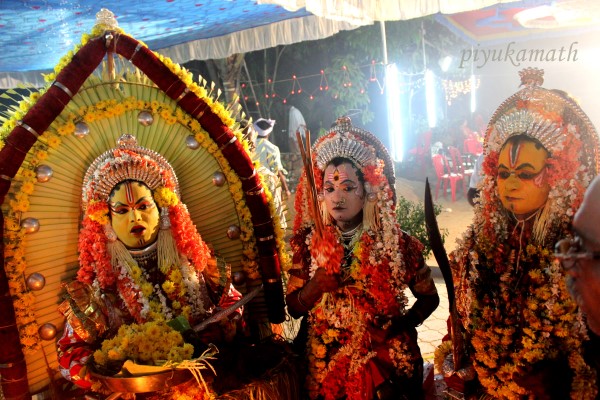 We have almost come to the end of the Kola, and what remains is just the chicken offering.