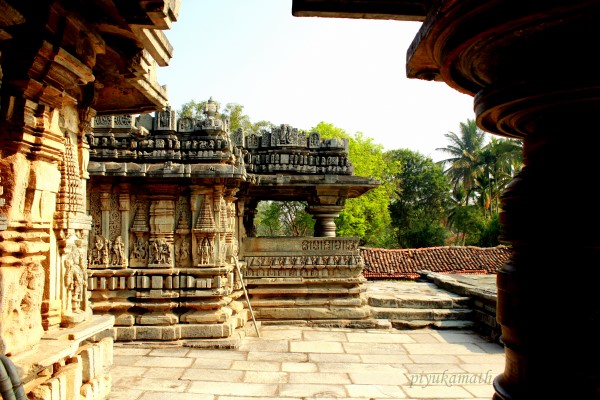 Mosale is what a crocodile is called in Kannada. Now I don't know why this village is named so. Maybe the village pond had a lot of crocs earlier, and the village itself came to be named Mosale? The title represents the Kannada version of the The Boy Who Cried Wolf, where the wolf is replaced by the crocodile. (Banthu = Came) 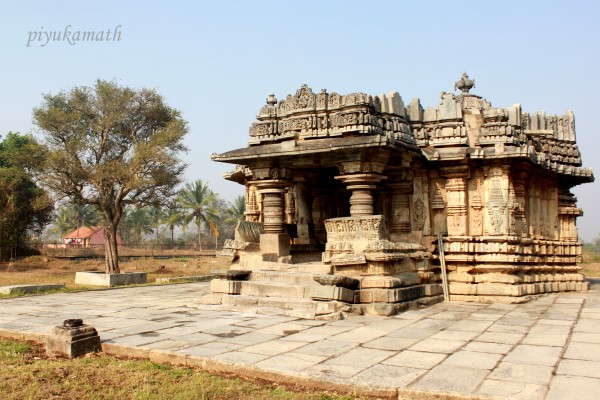 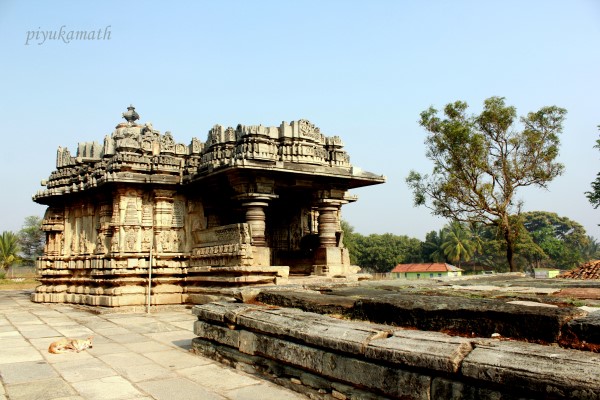 The temple complex consists of twin structures. These are the Nageshvara-Chennakeshava Temples. The structures are over 800 years old, and the stone work is just as good as the more famous temples at Belur and Halebidu, if not better. Being located deep in the village, this place does not receive many visitors. Hence the finer details of the carvings are slightly better preserved. As is the pattern in all Hoysala temples, the walls are covered extensively with stone-work. 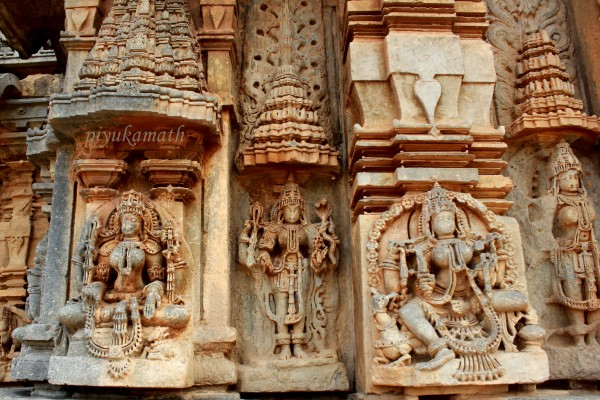 The main gopuram is not very high, but nevertheless richly carved. There are smaller gopurams carved on the walls, with Gods and Goddesses underneath. Musicians play their instruments, and are surrounded by embracing couples. 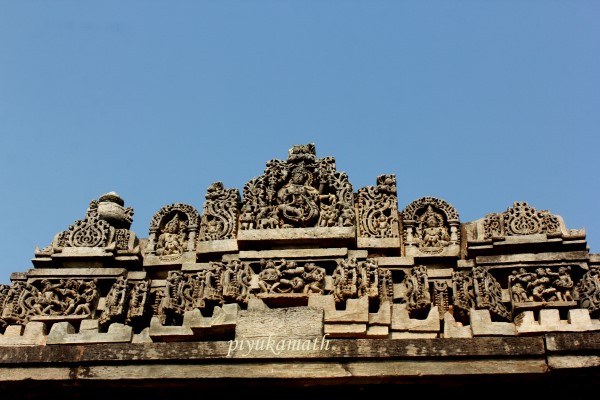 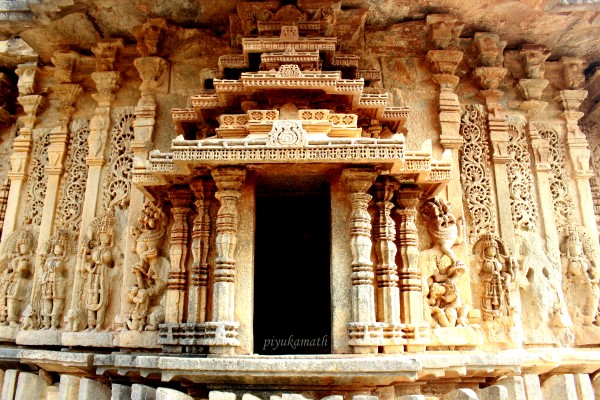 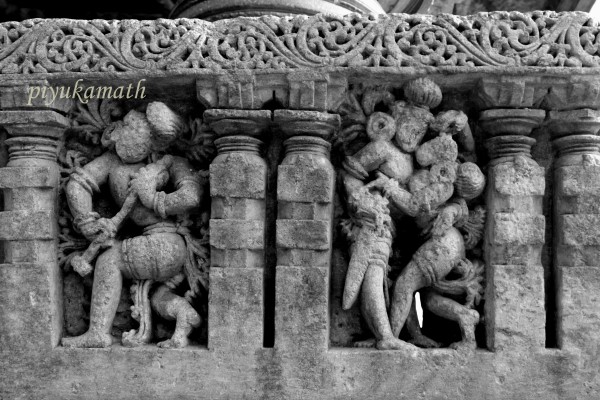 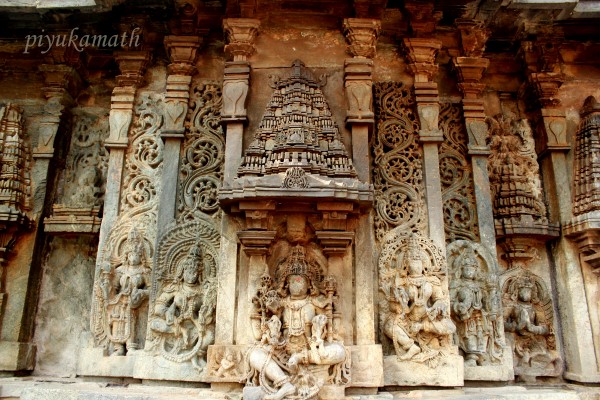 We are met by the caretaker of the temple, who tries talking to us in Hindi. We politely tell him we're well versed in Kannada. He hangs around a bit, explaining how he takes care of the temple. Shivratri is celebrated in a grand manner here, he informs. A stray dog follows us too, and we feel like we're being continuously watched! 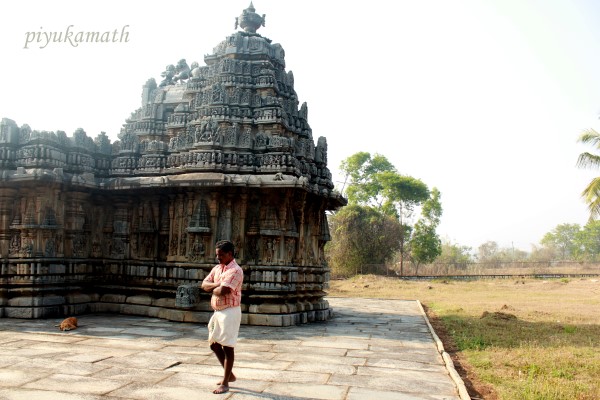 Since we've reached quite early in the day, the morning pooja is just about to start. There is just one priest, who is preparing for the aarti that's held every morning, and we wait for him to begin. The aarti is a simple one, and he gives us prasad. It feels really good watching the aarti in this quaint place. I begin to imagine what it might have been back then, in the twelfth century! There are dark corners in the temple, and smaller sanctums too, including one with a scary looking idol of Narasimha. I don't spot any wires hanging loose, and I assume natural light is the only source of light. No wonder the aura inside the temple is felt, despite being very tiny. 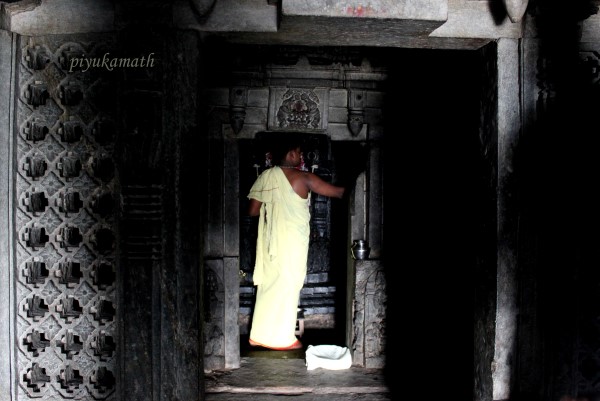 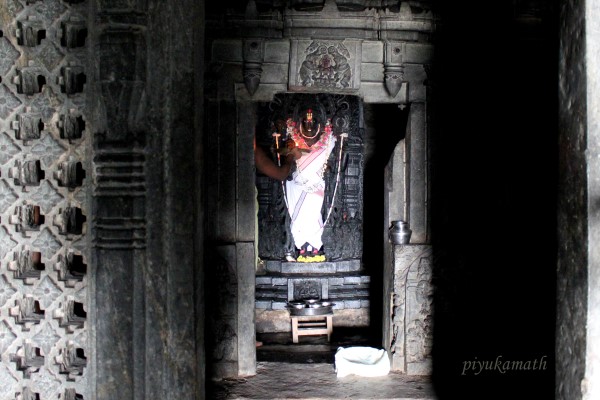 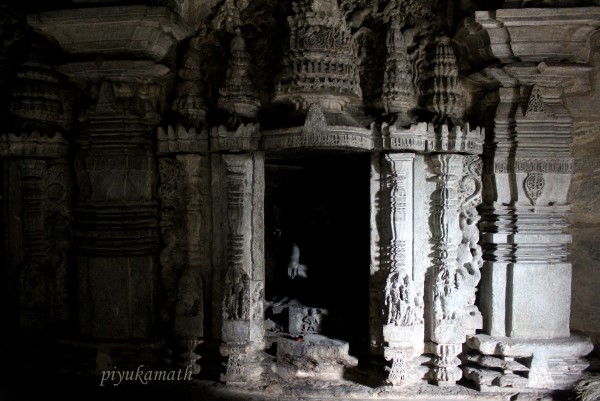 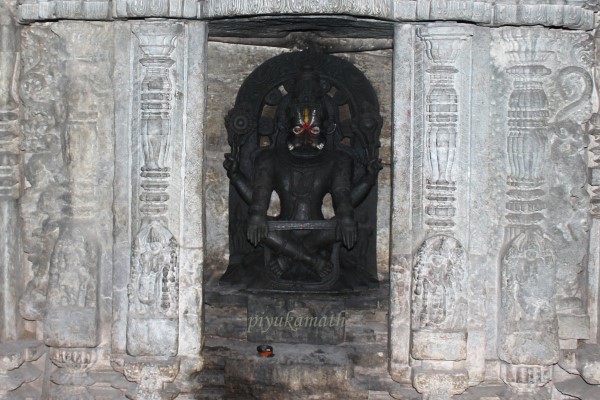 Besides the temple structure, as I mentioned in the earlier post, the surroundings are very pretty. There are old tiled homes, with lots of coconut trees around. Aren't we glad we came in search of this place! 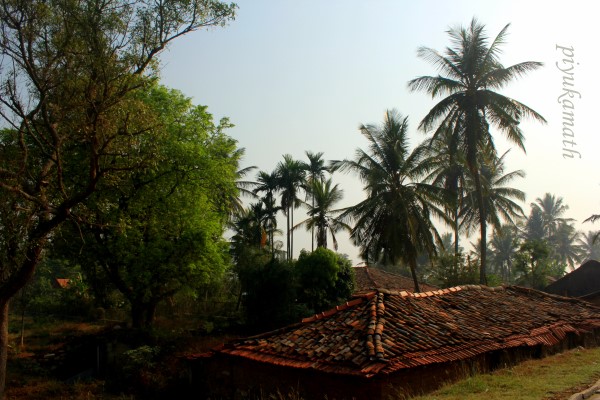 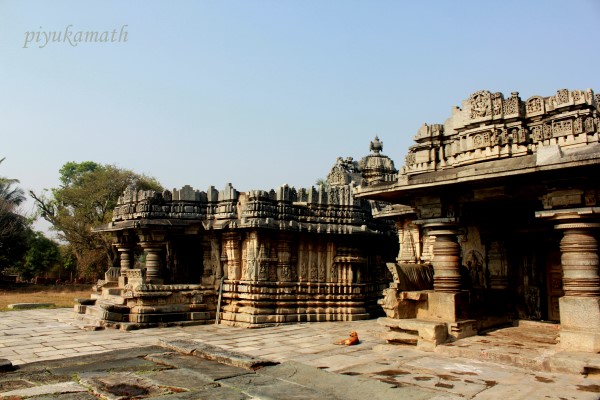