on Saturday, May 07, 2016
Today's post is 'hometown special', considering I've only been putting up stories on places from across the State and not put up anything based on Mangalore in a while.

Mangalore used to be a charming old town, with narrow lanes and streets. And then came development, and old tile houses made way for swanky new malls. And looking at the way things are going, one cannot predict where we're headed to. I'm not against development, but then it's equally important to make an active effort to retain the essence of each place.

One area in Mangalore that still partly is similar to what it used to be many many years ago is Carstreet. One can still find vendors selling traditional street snacks, sugar-cane juice being made in the hand-turned machines, old men sitting and gossiping under the Peepal tree ("ashvatha katte"). And standing at the head of it all, is Sri Venkatramana Temple. The yearly 'car festival' (kodial theru) held in the first quarter of the year is a grand affair, and culminates with 'vokkuli', similar to Holi.

The history and story behind the temple, which is as recent as 1804 AD,  goes thus: An ascetic carrying a sack, once visited Mangalore. He kept this sack in a wealthy businessman's shop for safe keeping, who was unaware of it's contents. However many days elapsed, but the ascetic did not return. After a few days, the businessman noticed smoke emanating from the room where the sack was kept. On rushing there, they found the fumes were actually coming out of the sack, and no other part of the room was damaged. The sack was opened to a shocking surprise- there lay idols of Lord Veera Venkatesha. With a lot of deliberation, it was decided that a temple will be consecrated. And thus the Sri Venkatramana Temple came into being.

In 2012, a mega renovation was undertaken, and some very pretty wood work was added around the sanctum sanctorum. Sharing a few photos taken then. (Please click on the photos to enlarge) 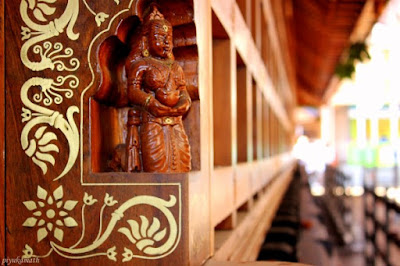 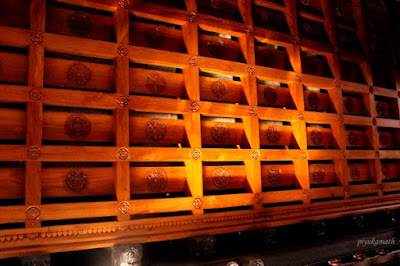 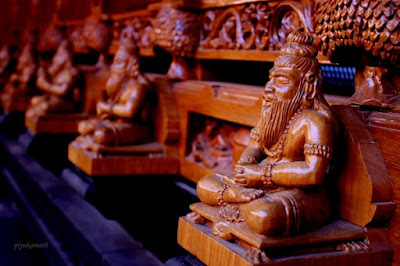 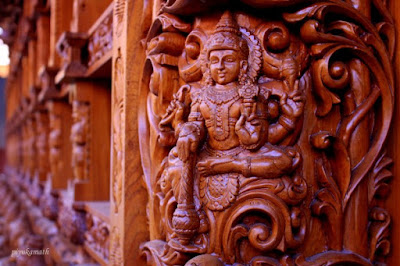 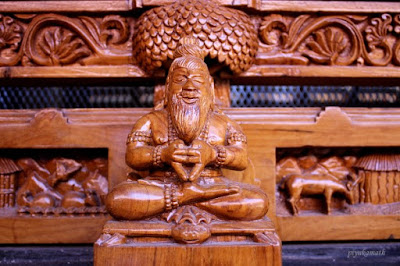 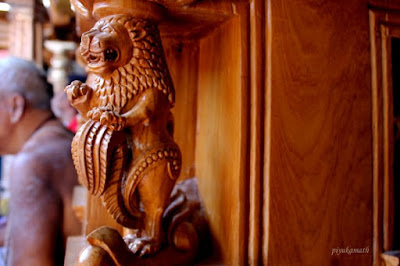 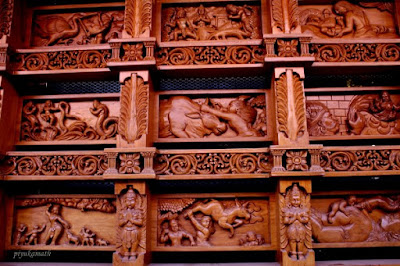 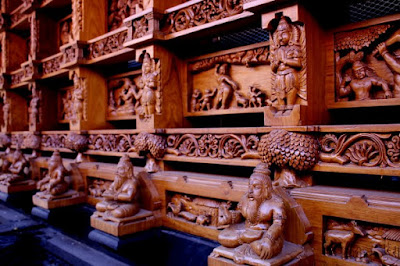 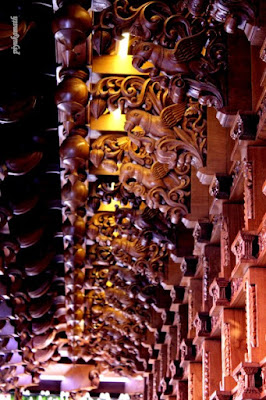