Due to various reasons and a cancelled vacation, at the end of last year, I had a few 'leaves' remaining, that would lapse if not availed. But then, the last quarter of the year had been so busy, I hadn't planned anything. Being festival and holiday season, last minute planning wasn't possible too. So what do I do?

Stay-cation. I remember laughing at the prospect a year ago. Who would want to use their precious leave from work, to just do nothing at home? But at the end of the last year, since I did not have anything better planned, I decided to give this concept a try. And I did like it more than I expected.

We decided to be "tourists" in our own city. Now Mangalore is a very small city, and people generally know or at-least recognise each other. Wherever you go, there is a high possibility of running into a friend or a relative (or a foe). So you cannot really walk around with your camera around your neck, and expect not be asked, 'why are you roaming about on a working day?'. Which is why we decided to drive each day to a different place located just outside the city. The stay-cation began with a visit to the temple at the town where we originally hail from, as it was the yearly temple festival. Being Christmas day, the crowd was so much, it was highly off-putting, we decided to avoid all crowded places. We drove through the town to spot some very old houses, which looked elegant.
We also planned to shut down the kitchen for a couple of days, just to get the feel of a holiday. But on the second day itself which was also Boxing Day, the dormant masterchef in us woke up, and we ended up preparing different fish dishes, including crab curry! 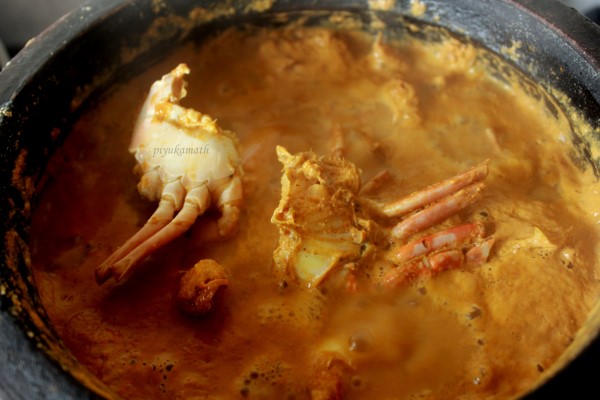 Later in the day, we also visited our village impromptu, and spent a long time loitering around in the adjoining fields. Great sunsets, friendly canines, pretty flowers - it was a fulfilling day. 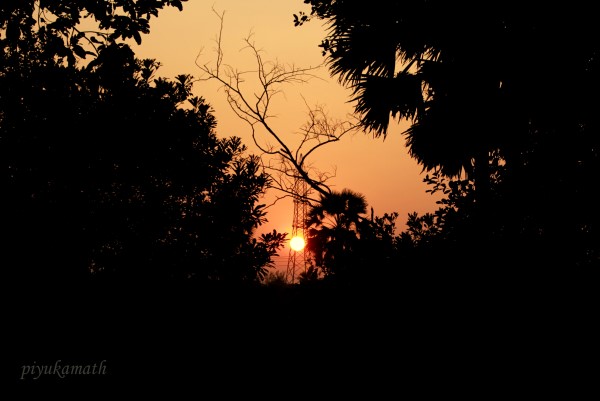 On the way back, yet another on-the-spot decision was made, and we ended up at a Kambala (buffalo slush race). We reached just in time for the round where the plank behind the buffaloes is arranged in such a way that the water splashes all around; the pair of buffaloes that splash water the highest, are declared winners. 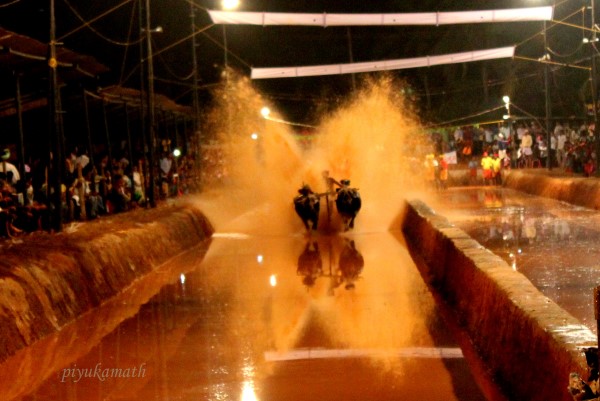 When one lives in a coastal city, going to the beach is just another thing. We tried finding less known beaches outside the city. Mukka is one such place, and we loved being by the sea there. We had the whole beach to ourselves. 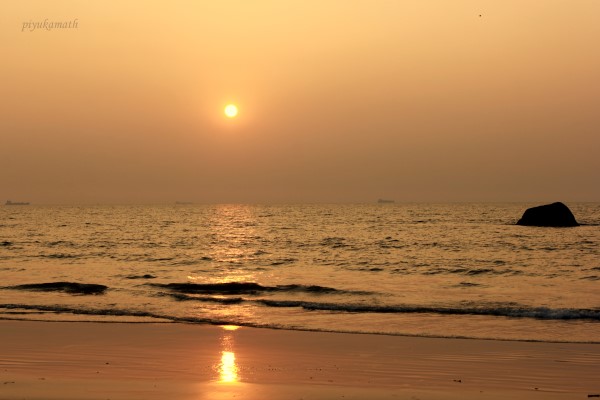 Have you ever tried a stay-cation before? How was your experience with the idea?