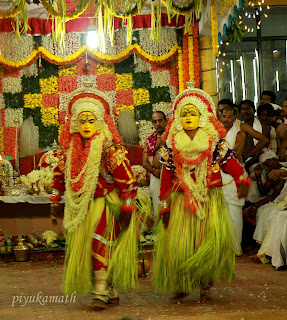 I had earlier written a post titled Of Daivas and Spirits, about a custom indigenous to this part of the coast- Spirit Worship. As mentioned earlier, these spirits are many, including Panjurli, Varthe, Guliga, Jumadi - Banta, Mantradevate, etc. There is a very interesting story behind these spirits, which you can read HERE.

Of the many rituals conducted to appease the spirits, the most colourful (and glamorous) is conducting a Bhoota Kola. This is a night long ceremony to invoke the spirit(s) concerned, which then occupies an Oracle temporarily, and can even converse with people through a mediator. The Kola season lasts for about 4-5 months, i.e December to May.

Earlier this year, we decided to visit a Kola held in at our village. This particular one is conducted in a grand manner every year, and is thronged by people of the surrounding villages. The spirits invoked are Jumadi - Banta. The place was beautifully decorated. Lot of musicians and drummers were involved. The silver headgear was polished to shine blindingly as night engulfed. And the artists invoking the spirits knew their trade perfectly. The synchronisation was very good (watch the video at the end of the post).  We did not stay back for the dance with the artists donning the headgear, as it was already well past mid-night and I had to get back home as the next day was a working day. Here are a few photos from the evening. 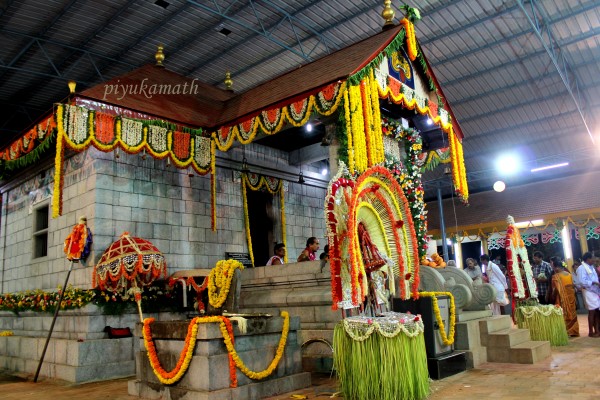 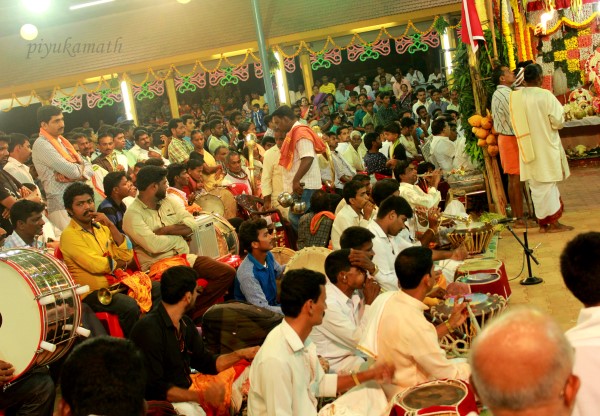 The masks and idols of the spirits, inside the mantap 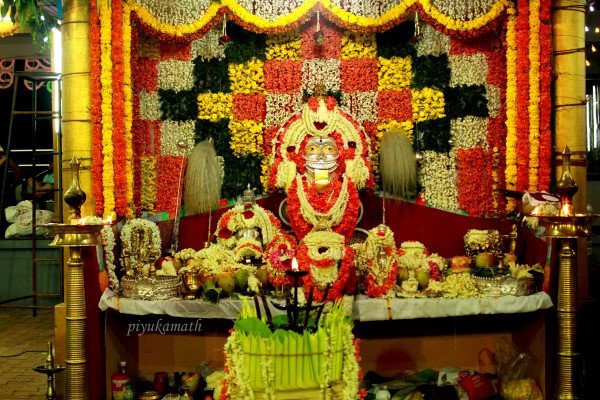 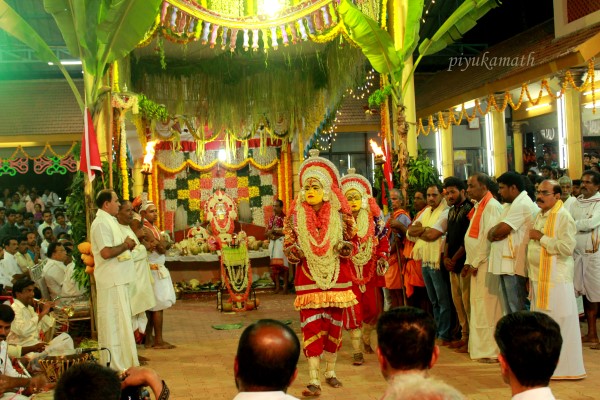 Wearing siri, made of tender fronds of the coconut palm 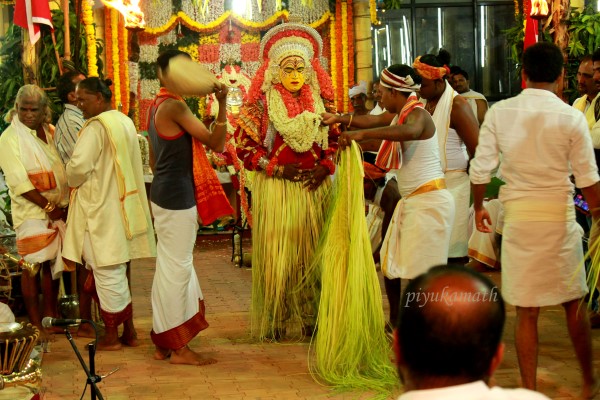 Swish and swash of the siri 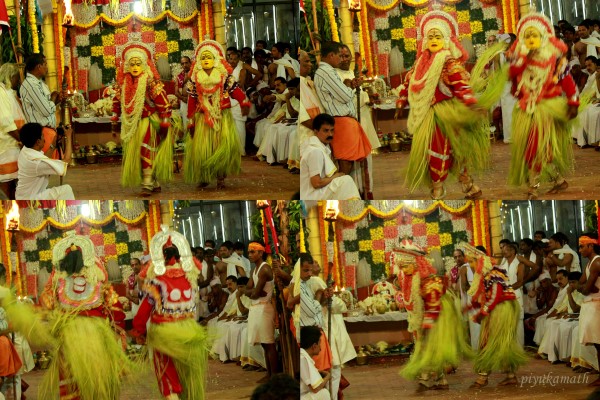 The dialogue through expressions... 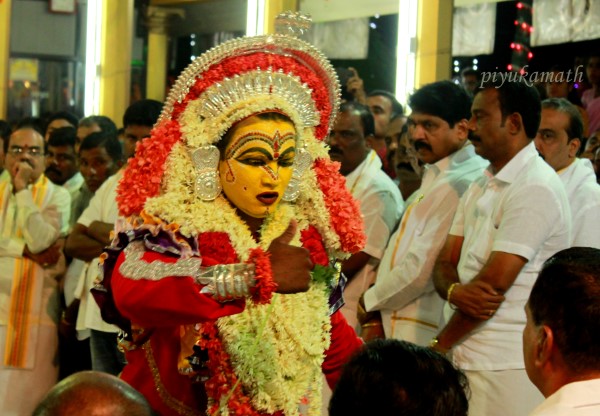 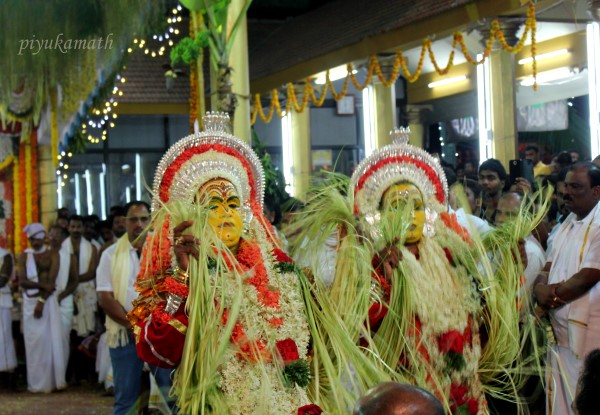 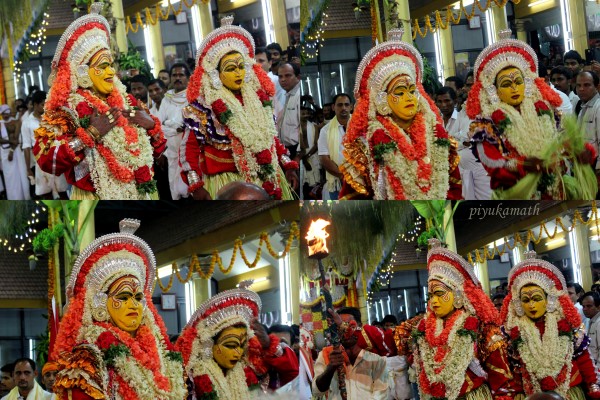 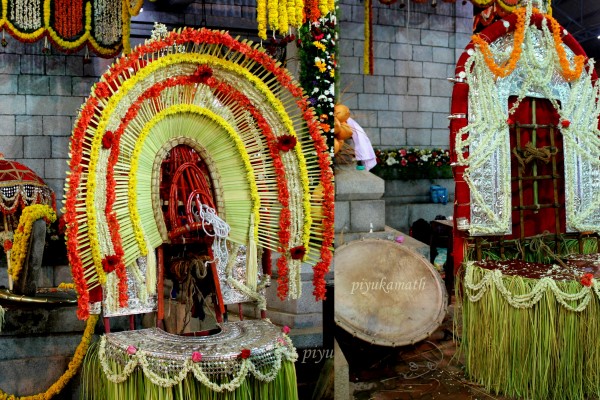 The idols that are taken out on a procession 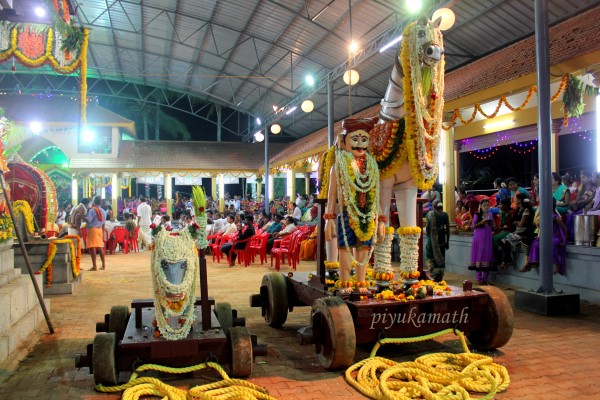 A short minute-long clip from the evening.
Look at the expressions and the synchronisation.


To read my recent posts on this topic (an eleven-part series on organising a Kola), click on the links below:
Bhoota Kola