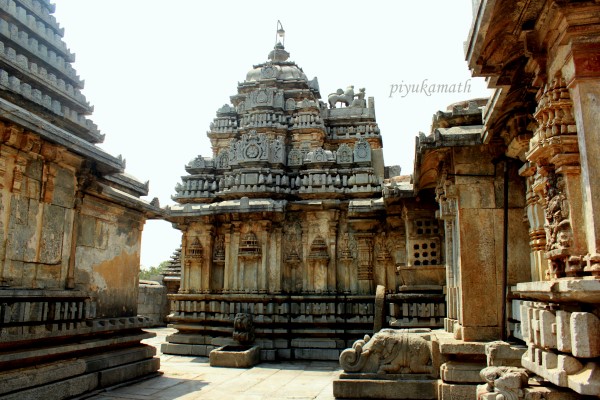 The air feels very fresh today; gives a feeling of having rained the previous night, or maybe it's just the clean village air. The caretaker of this temple is a talkative, and a very accommodating guy. He tells us to take our time seeing the temple as long we'd like to. The shape of the temple externally is a little confusing. I've actually walked around twice before realising I have done so! And as expected (which sounds like a rhetoric to me even as I'm writing this), every bit of the wall is carved. The gopurum is not very high, but again, carved. And like the temple at Mosale, the carvings with the detailed features are fairly well preserved. Perks of not being very popular, probably. 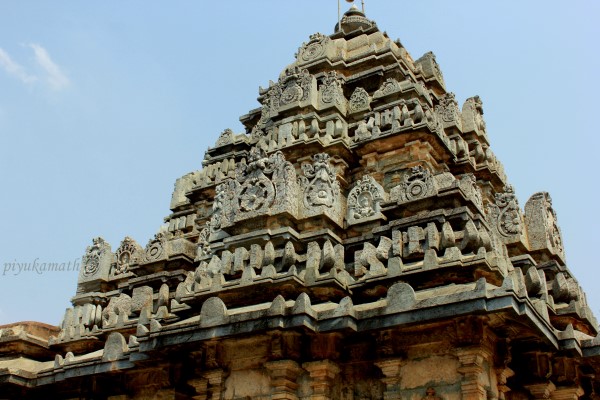 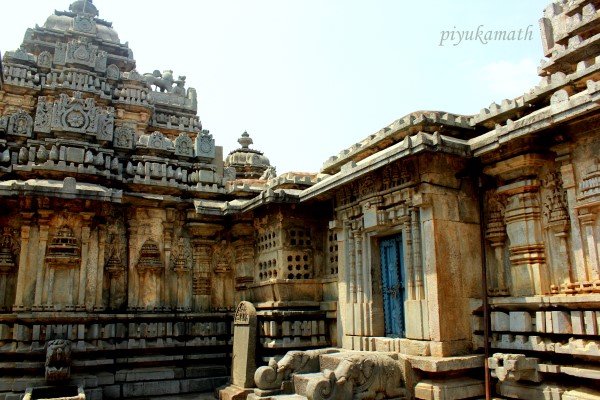 Lakshmi Devi Temple: There are the standard figures that we've seen since yesterday- the Hoysala symbol with the warrior and the roaring lion, musicians playing their instruments, courtesans dancing, animals marching forward, and Gods & Goddesses. I'm surprised to note even the drain-way from the sanctum that lets out the mix of fluid following an abhishek, is carved. They must have been that passionate about perfection! There also are a number of pieces of architectural items strewn about in the area around the temple. There are a few slabs with inscriptions in an older version of Kannada (and some people have also decided to beautify it with their English - urgh!!). 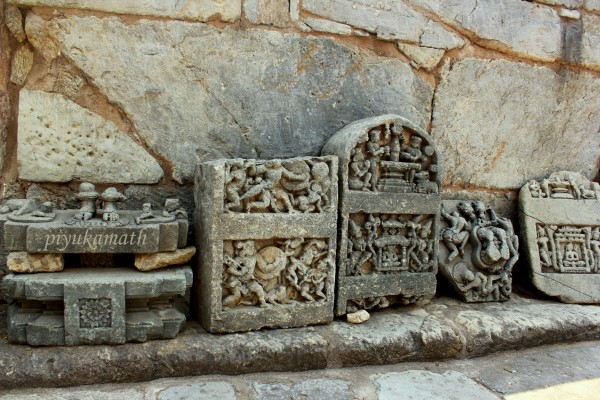 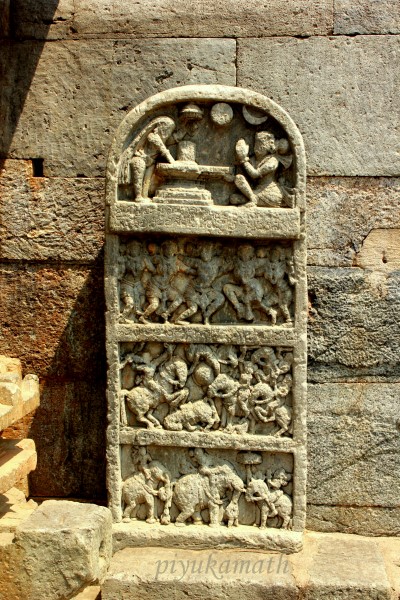 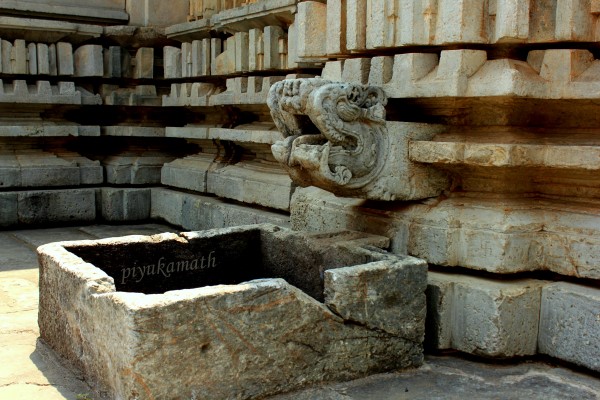 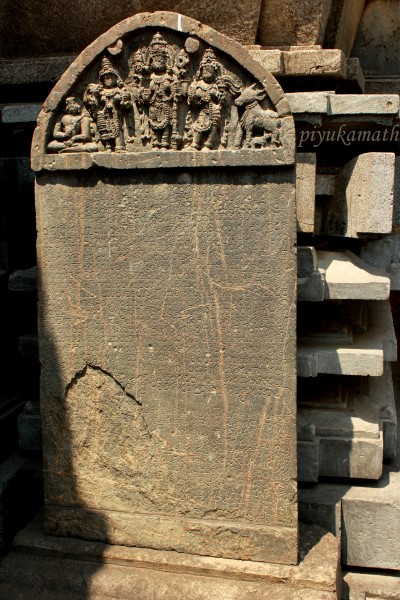 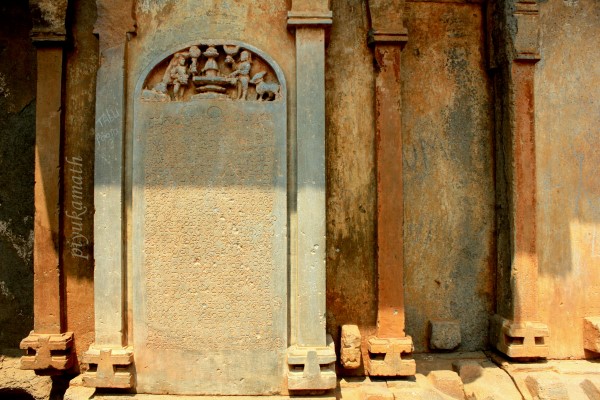 Our experience: The past two days have been hectic, but very fulfilling. We have seen and learnt so much. We have not been able to visit other Hoysala structures that we wanted to. But then, I also feel it is better to take in and visit a few places at leisure, instead of rushing through and hopping from one destination to the next, to simply tick them off an ambitious list. We have also been through some tiny quaint villages, learnt so many new tongue-twister names, where life simply seems to move at a different pace altogether! We also have experienced some crazy driving with no regard for traffic rules, whatsoever! 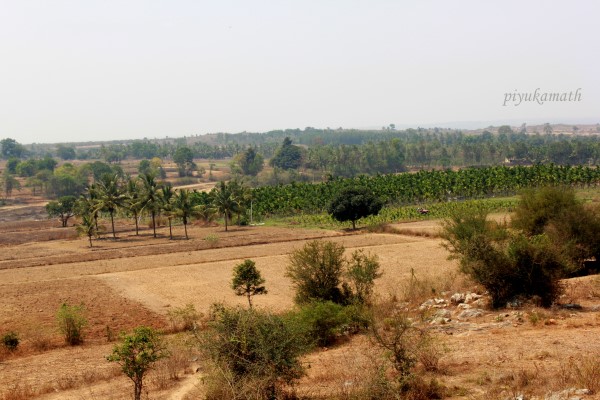 The drive back home is pleasant. The route described earlier is wonderful to drive through, as it involves some steep ghats and lush forests. The jungle air smells great, the jungle noises sound cheerful, and we drive with our windows down. At certain spots, there are vendors selling fresh farm fruits, and we stop for some wonderful red juicy watermelon. 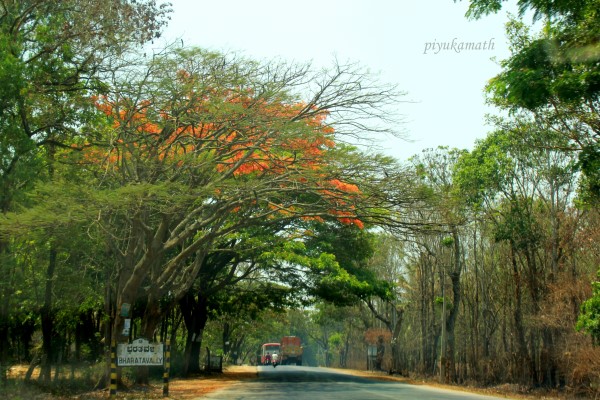 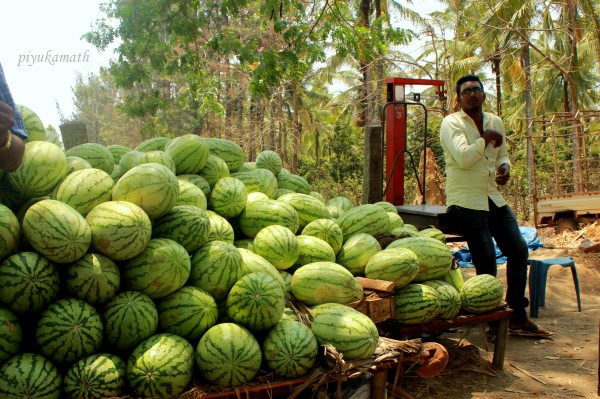 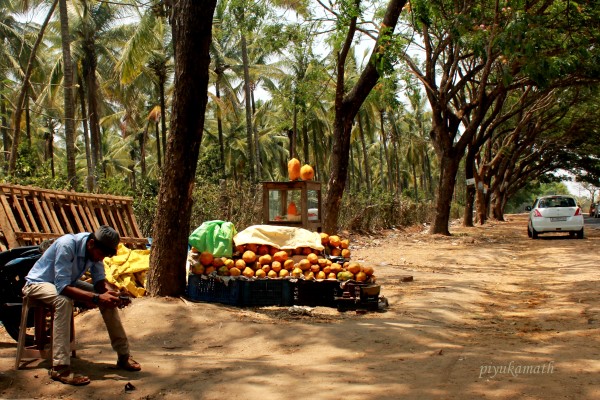 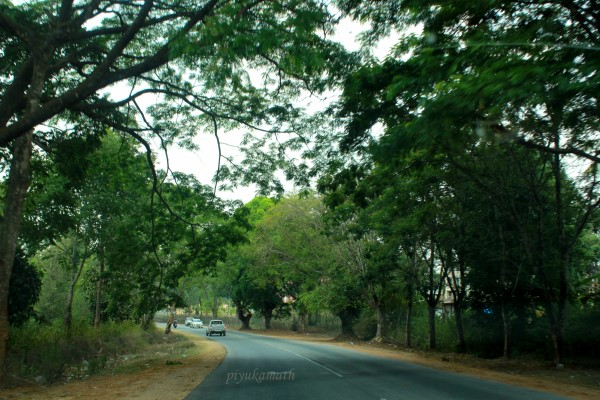 En route we stop at Sakleshpur for lunch, at a place named Hotel Gandharva right by the highway (don't go by the name; very clean washrooms), supposedly famous for roast mutton, akki rotti and mutton curry. The fare is quite good. 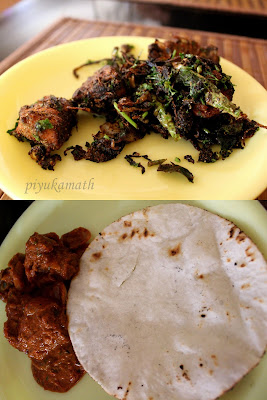 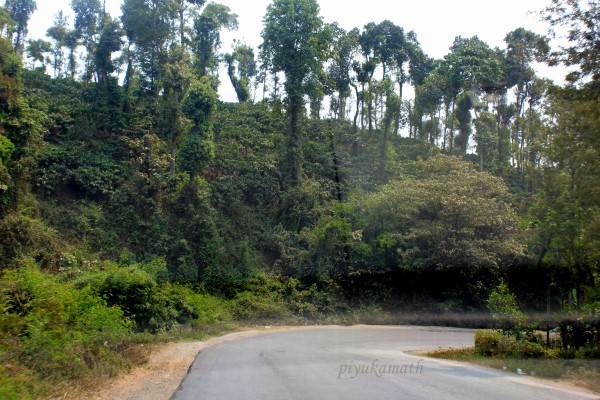 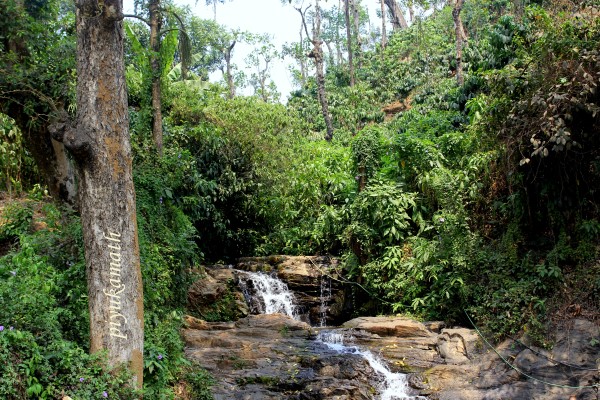 This completes the rather elaborate series on my short trip to Hassan. I hope you enjoyed reading it, as much as I did, writing it!