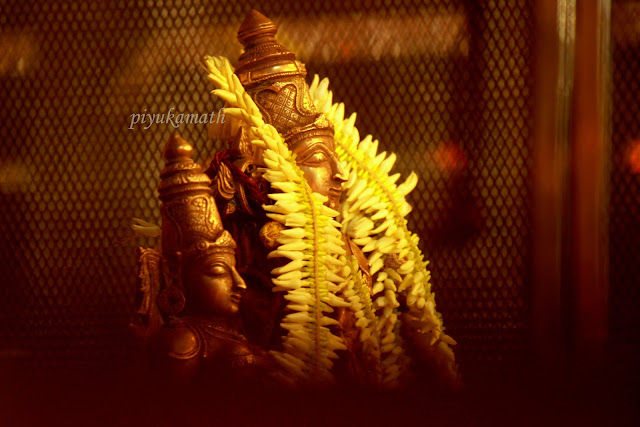 Today is Vaikunta Ekadashi, a very auspicious day according to the Hindu calendar. For those following Vaishnavism or devotees of Vishnu, this is the most auspicious of all Ekadashis. In fact this whole month of 'Dhanu' that falls during December-January is dedicated to the worship of Lord Vishnu.

On this auspicious occasion, I'm sharing one of my most favorite and priceless clicks, that of Lord Venkataramana at Sri Venkataramana Temple, Mangalore. I shot this picture earlier this year, during the yearly Car Festival (on Rathasaptami). The beautiful idol, devoid of heavy flowers and jewellery is placed for abhishek, and is clearly visible unlike the other days. This shot is through a iron mesh that surrounds the sanctum, and the photographic angle was a chance discovery.

The idol is believed to have roots in the Vijayanagara Kingdom, as it is said the Emperors used to offer their prayers before every battle. Also, the idol is seen to be wearing a headdress similar to a  'basinga', that is worn by a bridegroom. Thus signifying that the Lord is on the way to his marriage with Devi Padmavati.

I leave you with one more click from the day. 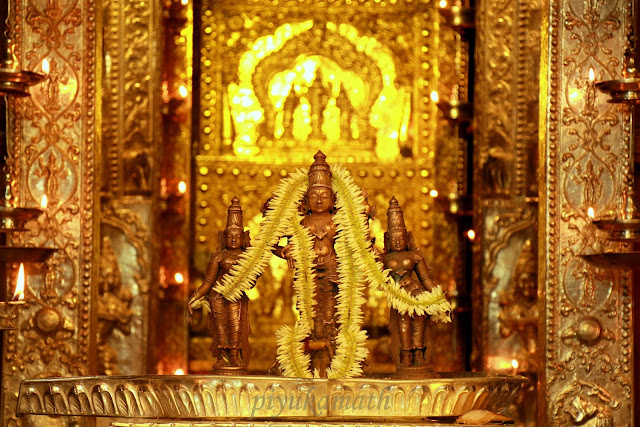 Read about the temple in detail, here.
Read more about the fascinating idol, here.