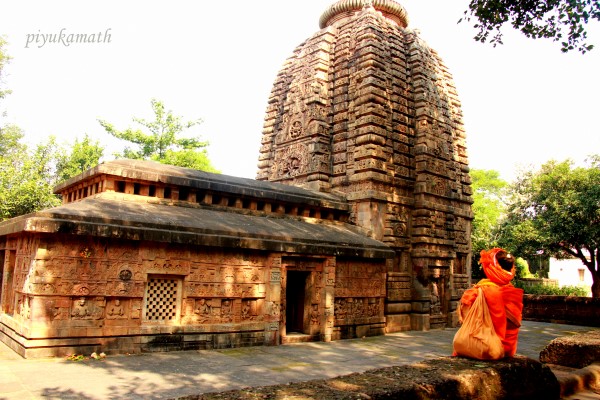 I begin this Temple Run series with the last temple that we visited on a day spent on foot, walking around the old town part of Bhubaneswar city, on a pleasant winter morning. Having seen bigger temples earlier in the day with beautiful stone carvings (about which I'll be eventually writing about), the first thought on seeing this temple was how small it was compared to the others. But then, the feeling slowly began to sink in. This was built in the year 650 A.D., meaning it's been standing there since more than 1,300 years! Can you imagine that? More than a millenium! Wow!

This temple was built in the 7th century by the Sailodbhavas, whose family deity was Lord Shiva. This is a fine example of early Kalinga architecture, with all characteristic features like a rising Vimana or the tall structure constructed over the sanctum sanctorum (or the garbagriha), and the jagamohan or the rectangular area from where devotees pray to the deity placed inside the sanctum.

See also: TEMPLE RUN Parasurameswar Temple, Brahmeswar Temple, Bhaskareswar Temple, Muktesvara Temple, Siddheswar Temple
The walls are covered with intricate carvings. Gods and Goddesses look at you in all their different forms, be it gentle or harsh, at peace with themselves, some resting on their respective vahanas, others like Ganesha, all alone!


Mahishamardhini looks down at you in all her wild raw glory- this is one bit that stands out amidst everything. There is a lingam that adorns the courtyard, and behind the lingam are the Saptamatrikas that seem to keep guard!
As I walk around the temple I'm left awestruck with the workmanship. The figure 1300 years seems to be stuck in my head, and I keep wondering how, simply how, such level of detailing like the intricate jali work was possible in those times with the kind of tools available then! 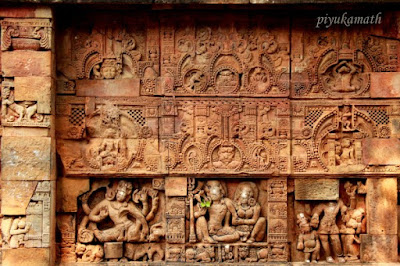 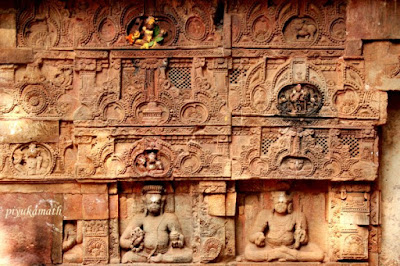 The huge banyan tree outside offers a nice place to sit and rest for a while (beware of bird poo though!), and the leaves form a nice canopy over the vimana. 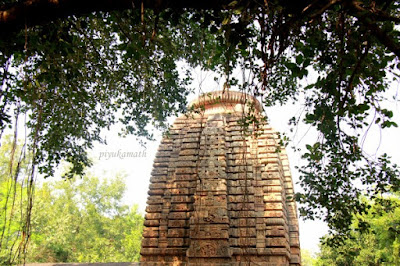 Any trip to Bhubaneswar would be incomplete without a visit to this part of the town. These temples usually get overlooked with everyone trying to "cover" Odisha in three days with the typical Puri-Konark-Beach circuit. I'd strongly recommend devoting at-least one whole day to explore these beautiful gems hidden away in this part of the city.