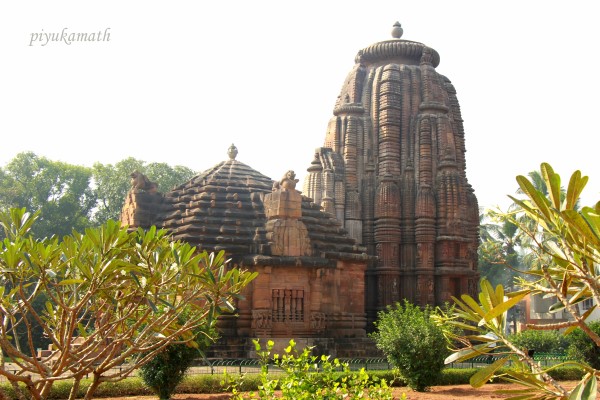 From the 7th century Parasurameswar Temple, I move to this 11th century A.D. wonder, the Rajarani Temple. If one were to compare the size of the temple, then again it wouldn't classify as being very large. However, the carvings here are better preserved than the previous one. It is believed to belong to the same era as the Jagannath Temple at Puri.

What differs is the raised stone platform on which the temple is built; the vimana (the tower like structure over the sanctum sanctorum) and jagamohana (the rectangular hall for devotees adjoining the sanctum) remain constant. On either side of the main entry to the temple, two snake-like semi-human figurines (naga-nagi sthambha) adorn the pillars. A lion roars at you from the top. 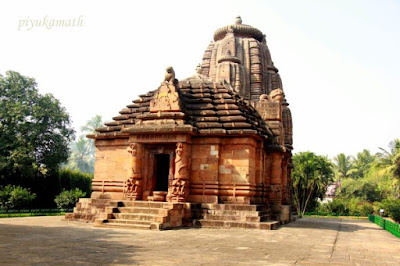 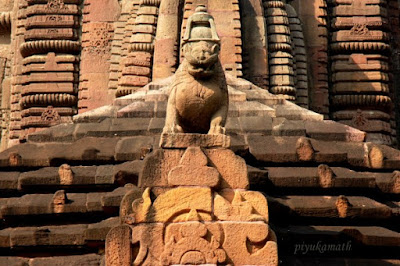 Talking of lions, one recurring feature is that of ferocious lions over crouching elephants. Probably this held importance in the kingdom then. I'm reminded of a similar feature from the Hoysala Temples from Karnataka, wherein a mythological beast with a face resembling a roaring lion was a recurring feature. 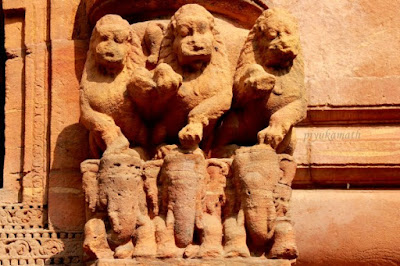 One feature that strikes you is the presence of relatively large human figures sculpted all around the temple walls. There are damsels in the process of shringar, lost in their whimsical world. The expressions on the face is so real, you can almost imagine them smiling! Another very interesting  feature worth looking for is the sculpture of a distinctly oriental looking man. This is indicative that the King's court would have been frequented by foreign nationals, here to share and learn the local culture. 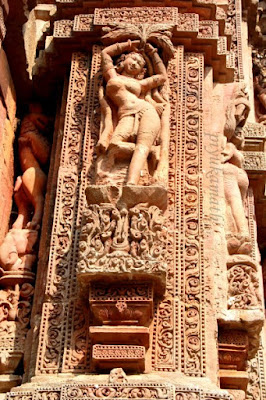 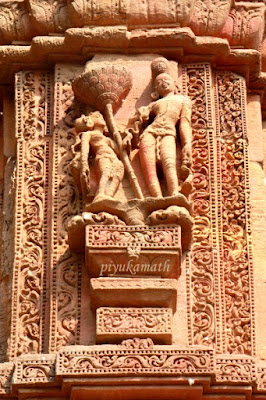 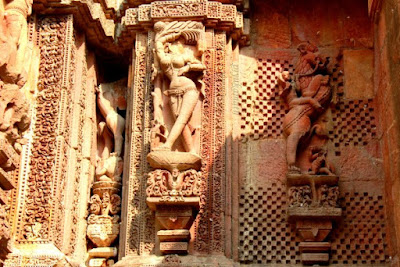 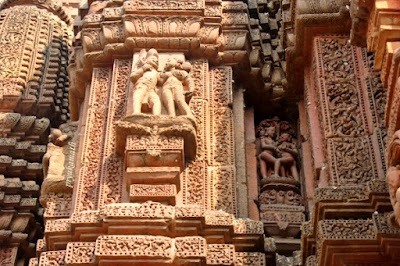 Any photography enthusiast would most definitely lose track of time in this place (as with the other monuments around). The only thing that kept me on my toes was the fact this was the first temple we had visited on that day, and I did hope to visit at-least a few more. These pictures here will give one an idea of how the walls are covered with stone detailing. Yet another highlight of this temple are the many sculptures of the guardians of the directions, the ashta dikpalas, all around the temple standing on lotuses. 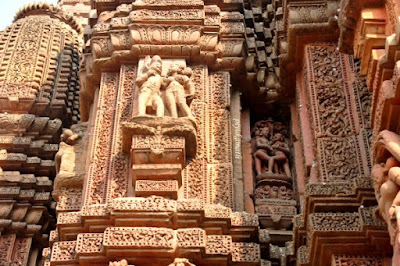 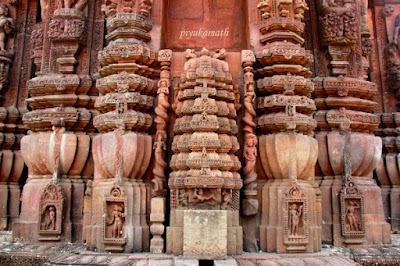 The surroundings are well maintained, with well manicured gardens, typical of an ASI monument. The number of visitors is very less, we had the entire temple to ourselves. Again, I wonder why these gems are so underrated. I'm glad I did not miss visiting this beautiful monument.
Architecture Bhubaneswar Odisha Rajarani Temple Stone Carvings Temple Temples of Bhubaneswar Temples of India Travel Story