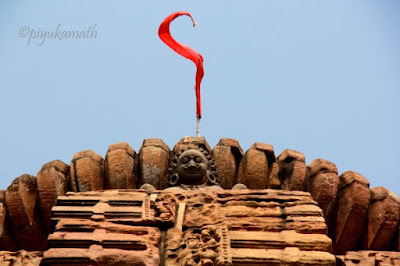 I now move to the 11th century AD marvel, Brahmeswar Temple, in Bhubaneswar city. Certain historians date it back to around 9th century AD. This temple is dedicated to Lord Shiva. One feature that sets this temple apart from the others, is the presence of four small shrines around the main shrine as seen below. You can also see the jagamohana adjoining the main the shrine. 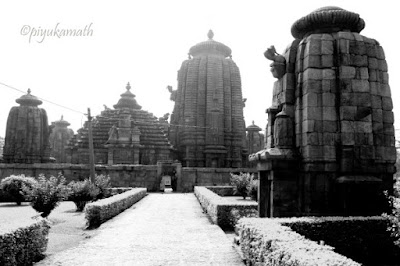 The vimana (gopura) is similar to the ones described earlier. The carvings are intricate (how many times have I written that already?) and beautiful. On a closer look, one can appreciate minute detailing of human and animal figures. A red flag flies high at the top. 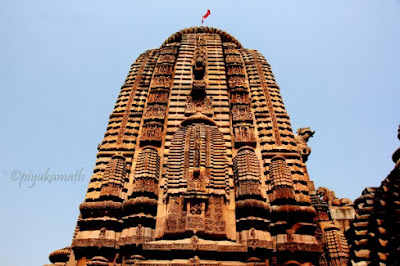 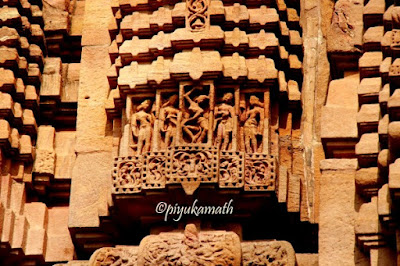 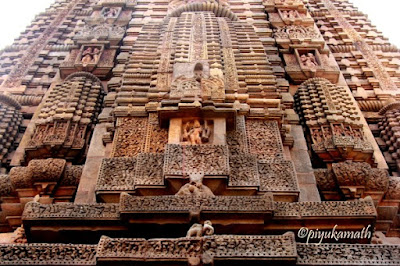 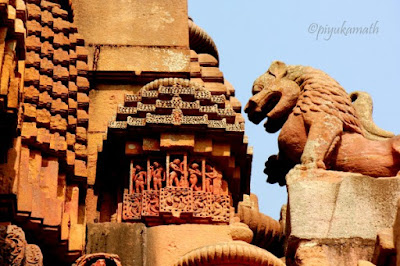 The outer walls have certain deities carved into them, which are worshipped even today. There is an area that has completely turned black, but then, it would be difficult to pull people from their faith. Probably they don't realise the importance of how old this temple (monument) is! 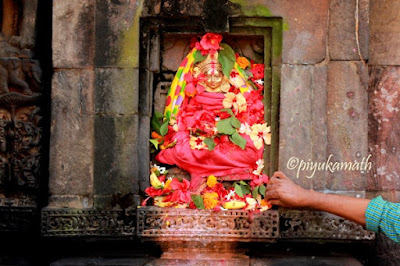 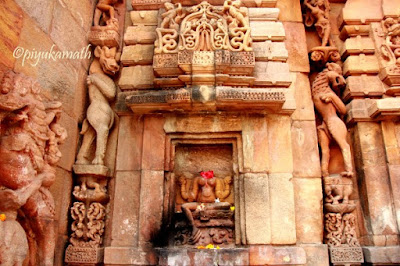 One recurring feature is that of a warrior wielding a sword, atop a horse, whose both forelimbs are placed on a crouching elephant. I'm reminded of seeing elephants below lions earlier at the Rajarani Temple. 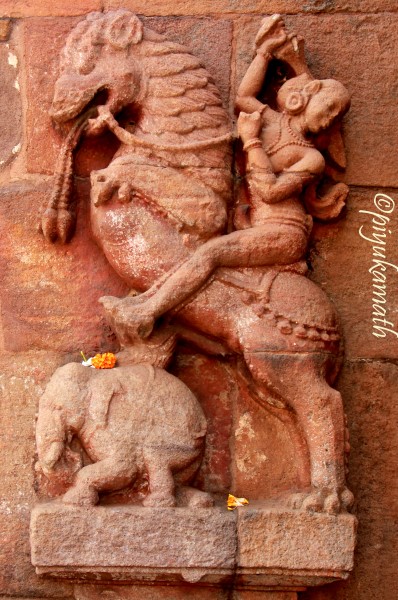 And then there are human figurines in various activities from daily life. A mother nurturing her child, a youth serenading a girl, a man in deep meditation, etc. There are various animal figures too. 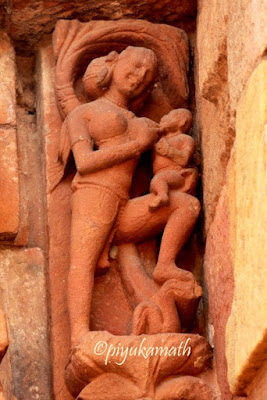 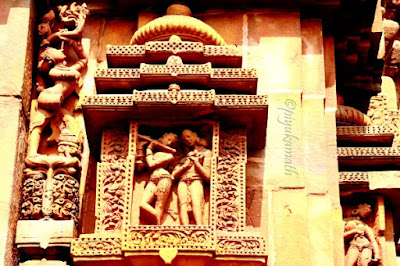 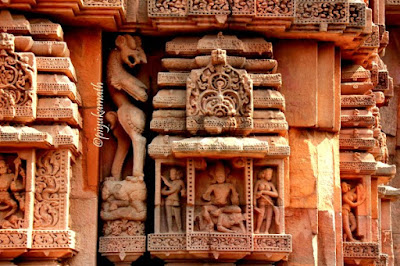 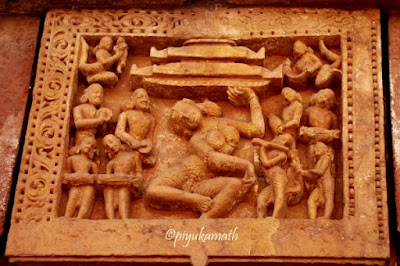 There are human figurines in intimate positions as well, as seen below. But the grace and divinity in their embrace is something I cannot quite effectively describe. Some of the pictures are thought to be representative of tantric practices too. 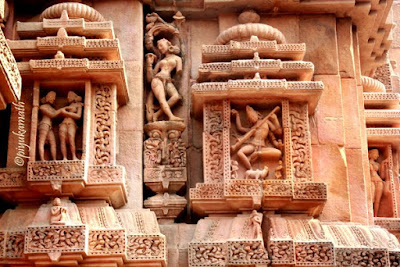 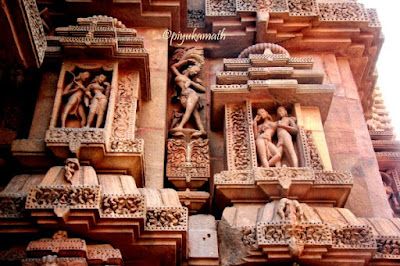 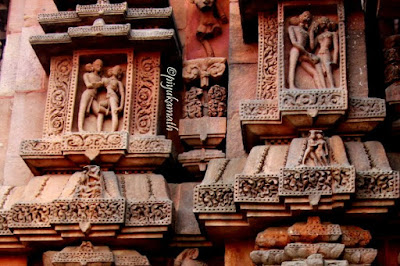 And surrounding this 11th century piece, are houses and apartments! It is a strange sight to see these various structures co-existing together! Hopefully enough care is taken so as to not damage these story-telling temples that are over a thousand years old! 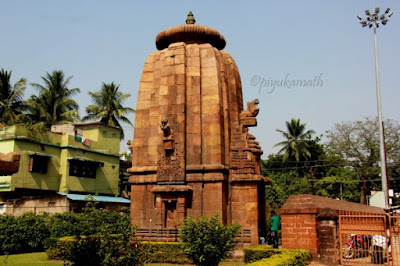 TIPS: It is a stone's throw away from the Bhaskareswar Temple. Make sure you don't miss this one!