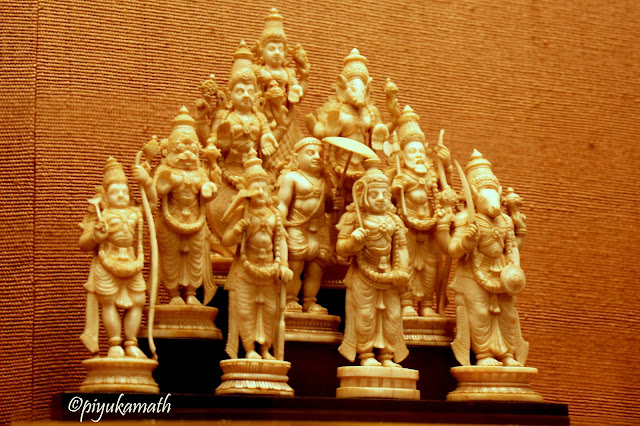 Pictured here is a representation of the Dashavatara, the ten forms that Lord Vishnu descended to the Earth in, when Man was in trouble. In a very scientific sense, these forms of Lord Vishnu are at par with Darwin's theory of evolution, starting with the amphibian form, right up-to the Human form.

I shot this at the Salar Jung Museum at Hyderabad, one of the three national museums of India. I was awestruck at the gallery with pieces carved from ivory. The sheer craftsmanship behind these pieces was unimaginable. At the same time, think of the number of elephants, huge ones at that, that would have been murdered, just to get their huge tusks out!