Gurupur River or the Phalguni River is a tributary of the lifeline of South Canara, the Netravati River. Originating in the Western Ghats, it empties into the Arabian Sea. In the times gone by, the Gurupur River was considered the Northern boundary of Mangalore city, and until the Kulur bridge was built, one had to cross the river by ferry to enter the city. The same holds true about Netravati River, which forms the Southern boundary of Mangalore.

These pictures are shot at the mouth of the Gurupur river at the area where it empties into the Arabian Sea. One can see boats of many sizes and types, 'parked' here. Most of these are fishing boats that are taken out for deep sea fishing. A few small ones can also be spotted.

It was a beautiful Sunday evening, spent taking in the cool, early January, breeze. The colours of the sky being perfectly reflected by the calm waters of the river, it made for a very pretty sight indeed! 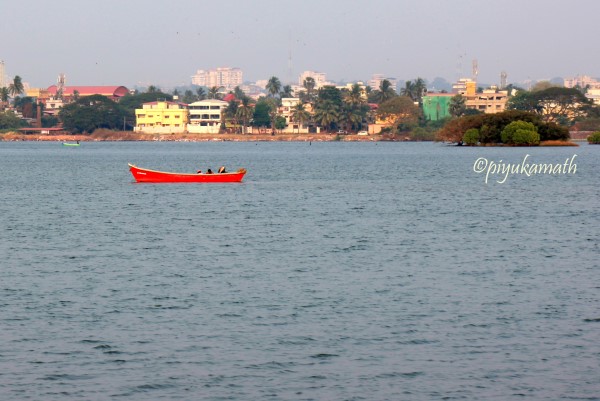 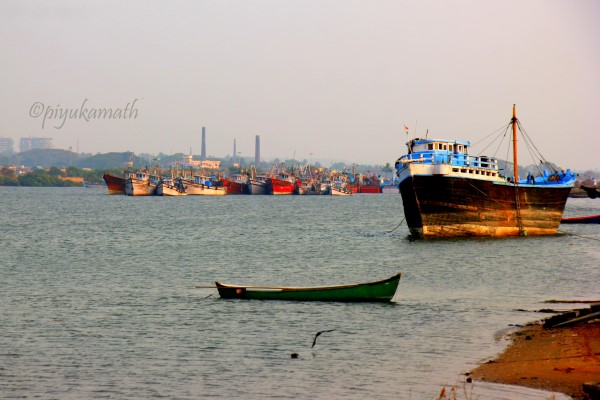 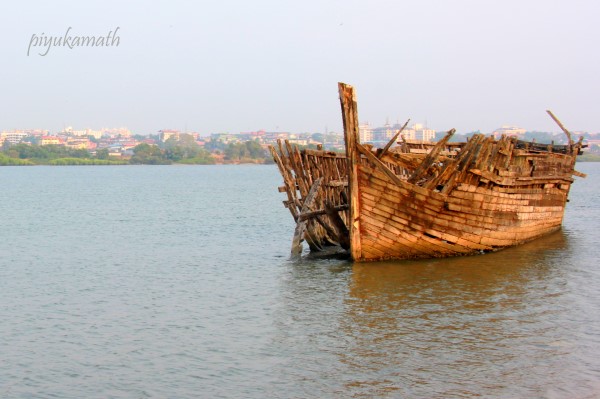