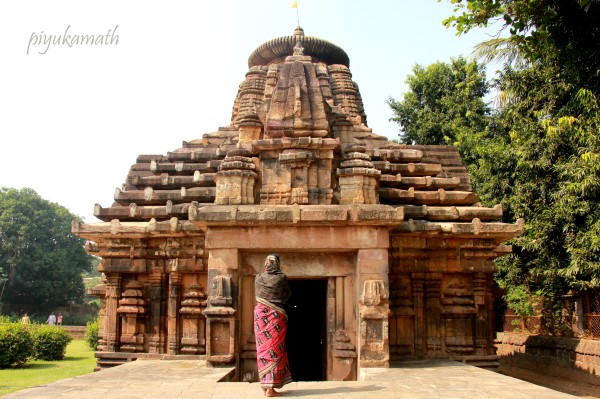 The Siddheswar Temple is the last temple we visited on this long day which I retrospectively named 'Temple Run'. This was in fact built on a platform on a higher level, before the Muktesvara Temple, which was later built right opposite the former.


As keeping in tune with the Odishan temple architecture, there is a well defined jagamohana and a tall vimana (or gopura). If you compare it to the temples described earlier, it is a little 'smaller' in size. 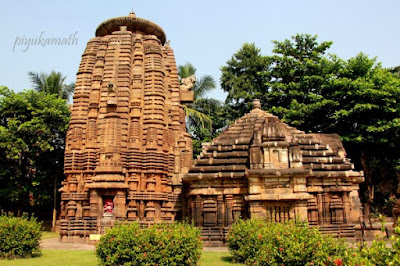 As always, one feature sets each temple aside from the others. What makes this one special is the presence of four roaring lions etched onto the vimana, facing all four directions. And as seen in other temples, the vimana is beautifully done in sandstone. 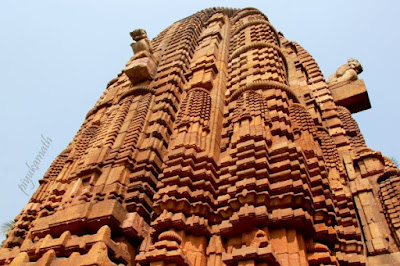 On the outer walls of the temple are carved different deities, including a standing Ganesha, and these are worshipped even today. 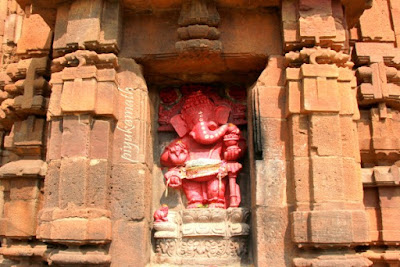 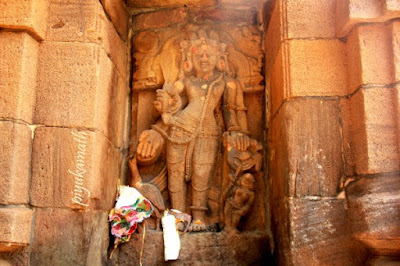 Right by the temple, stand five small shrine like structures, too small to qualify as even minor temples. Mind your head here though, as I hit mine very badly against one of these, as I was lost in trying to get 'that' perfect shot! 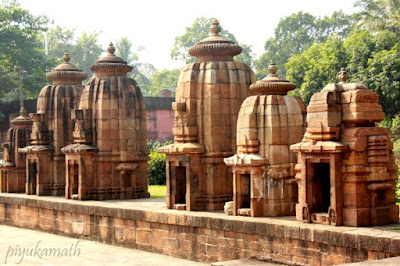 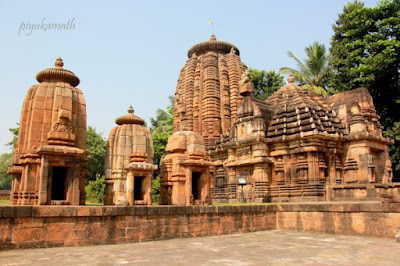 We called it a day here, though my list had a few more temples to go to. Though I badly wanted to go, my senses told me to stay put, as I was already developing a bad cold and was on levocetirizine since the previous day.

This was a wonderful day spent very much within Bhubaneswar city. As I mentioned in my first post in this series, many people skip these wonders, as these are not very popular, except for the Lingaraj temple (photography is restricted here). Please do set one day aside to explore this part of the town on your visit to Bhubaneswar.