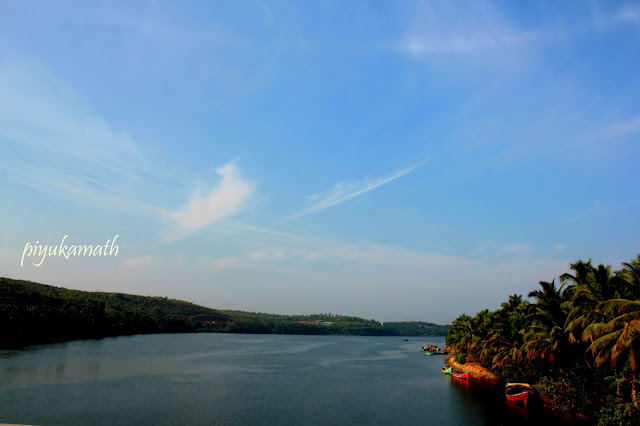 I'm back from a short adventurous road trip along the borders of Karnataka-Goa-Maharashtra. I'll share a detailed report along with random pictures that I shot along the way, a bit later.
(CLICK HERE for the entire trip report)

This picture was shot somewhere after Kumta, along the National Highway 66 (formerly NH 17, which I still prefer), as we drove North on the bridge, over this untamed river.

The River Aghanishini is a beautiful, vast one that originates in the Western Ghats, and flows in Uttara Kannada district, westwards, to empty into the Arabian Sea. The course of the river is a contorted one, and mainly amidst forests.

Right by the banks of the rivers are pitch green fields. These pictures below were shot at the same location on a different trip, somewhere at the end of the Monsoons. Hence the clouds. 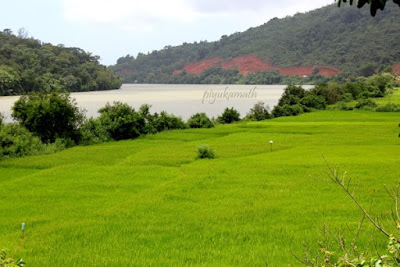 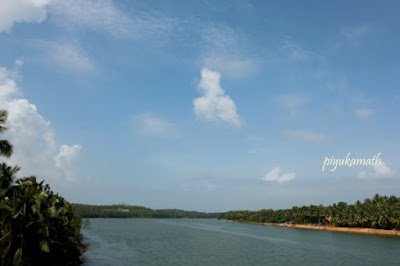 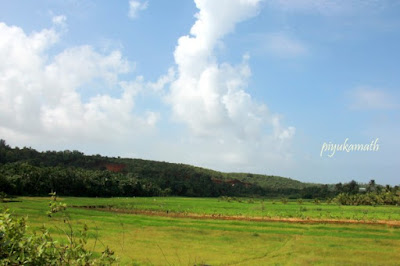