There are some men in history who have lived for a very short period of time. And the striking thing is they have managed to establish themselves on their own, and achieve glory in that short span. One such great man is Swami Vivekananda. Another such a soul goes by the name of Adi Shankara.

Adi Shankara was an 8th century Indian philosopher, who re-established the Advaita philosophy. He was responsible for the revival of Hinduism, which by then had been plagued down with certain unfair practices, and at a time when Buddhism was on the rise. 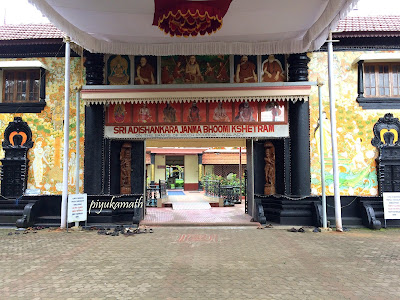 Born in Kaladi at Kerala, he left home at the age of eight. The story goes thus that his mother was not keen on him taking up Sanyasa. Once during a bath in the Periyar, a crocodile caught the young boy, and let him go only when his mother agreed to let him take up Sanyaas. And he never looked back. He travelled the length and breadth of the country, establishing learning centres, Maths, and debating various personalities, including the celebrated debate with Mandana Mishra.

Reading about his life story leaves me wonder struck. Of course, it would be poetic grandeur that has over the years added onto the story. But then, one thing alone that stands out for me is how he managed to go on foot, to the various Himalayan peaks, steep peaks in Kashmir, Kedarnath, etc. among various other spots in the whole of India. It does not seem humanly possible, which is why I sometimes wonder if he was actually an avatar of the Lord himself! 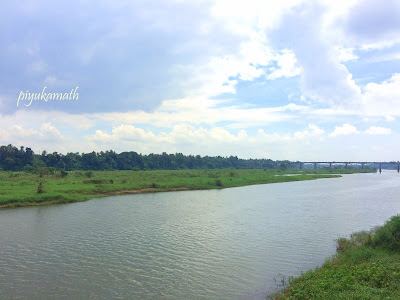 At the place where he was born in Kaladi, Angamaly, Ernakulam district, there is a temple to mark the holy spot where he was born. The temple lies by the Periyar river, and the view is very pretty. Photography inside the temple complex is forbidden. No priest bothers you for any kind of donation; infact it is so calm, we spent some time in quiet contemplation and meditation.

Have you been to Kaladi? What is your best memory from this place?

How to get there:
The nearest airport is Kochi International Airport. It is about an hours' drive from Ernakulam city (35 km), and abour 12 km from Anagamaly, which has decent places to stay just as Ernakulam/Kochi. You can start early in the day to avoid the mid morning rush, and to enjoy a pleasant time by the river.
A sad part is that there are very few sign boards that direct you here, after you get off the NH 66. Ask around lest you get lost. 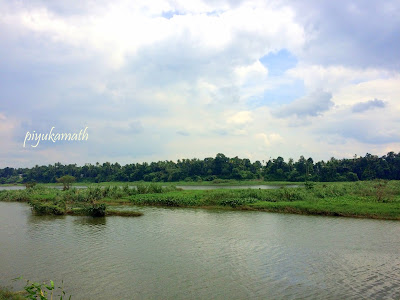