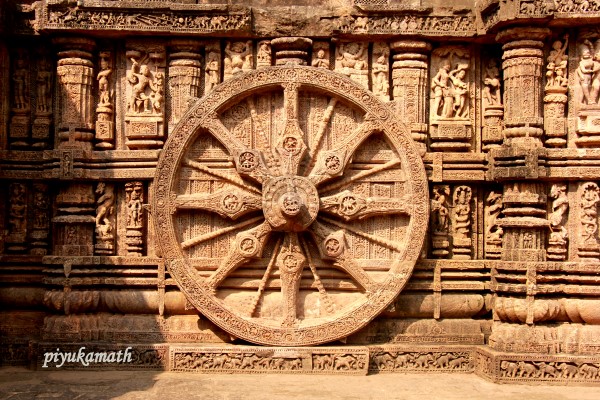 There are some places whose beauty cannot be effectively captured in photographs. And this sentiment perfectly describes the breathtaking marvel at Konark. The Sun Temple at Konark, 13th century marvel about 60 kms from Bhubaneswar City, is a majestic temple, with some excellent stone carvings all around the walls. 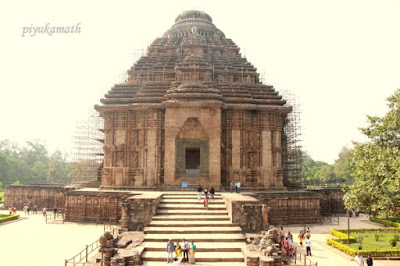 The design is an interesting one, as the temple complex is built in such a way so as to resemble a chariot, with huge carved horses and wheels at the base to complete the look. The main structure per se is quite high which cannot be easily appreciated in the photographs, at about 100 feet. And it is believed that this temple is not a complete structure. 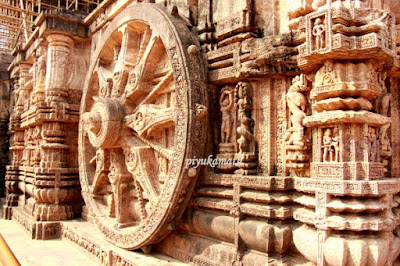 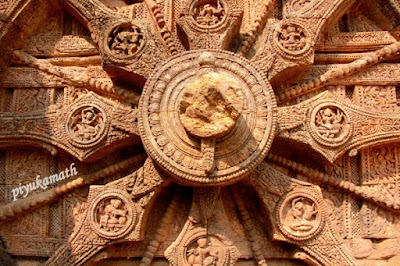 Probably the most well-identified part of the temple are the carved wheels, each about 9 feet across. In all there are 24 such elaborately carved wheels, rather 12 pairs to represent the twelve months of the Hindu calendar, and to be more precise, one each for the bright (Shukla paksha) and dark (Krishna paksha) fortnight of each month. 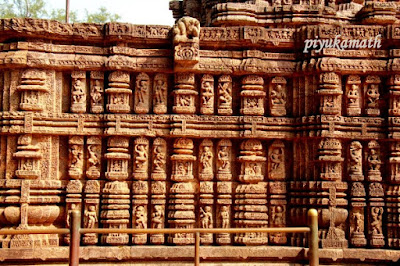 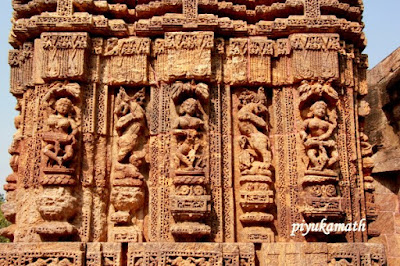 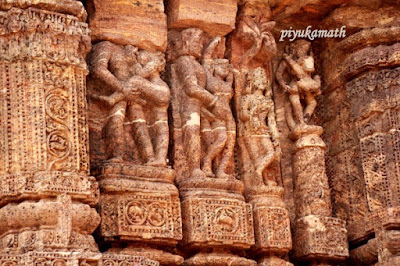 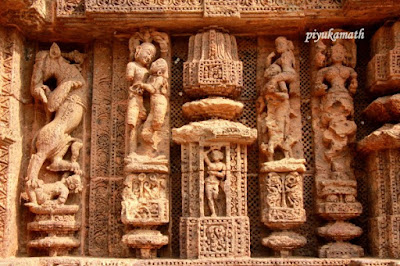 This temple has survived time. If the walls of this temple could talk, I cannot fathom the number of stories and anecdotes they'd tell. As early as in the 15-16th century, European sailors have referred to this structure as the "Black Pagoda", as it appeared black and was clearly visible from the sea. Having been ransacked and looted by various Muslim invaders, the temple is testimony to various assaults. Having been found in ruins during the Colonial era, thanks to massive restoration efforts, the temple is still standing tall today. 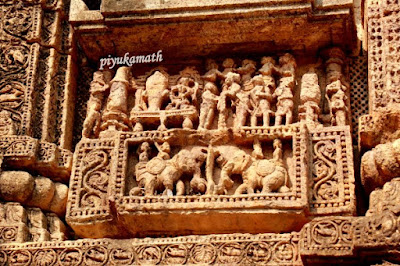 The best time to visit would be October to March, beware of the harsh winter though. As we visited as a day trip from Bhubaneswar city, we could not catch the Sunrise at Konark, but if you are planning a trip, make sure you do not miss it. It's supposed to be beautiful. Maybe that is reason enough for me, to plan another trip in future to Odisha?