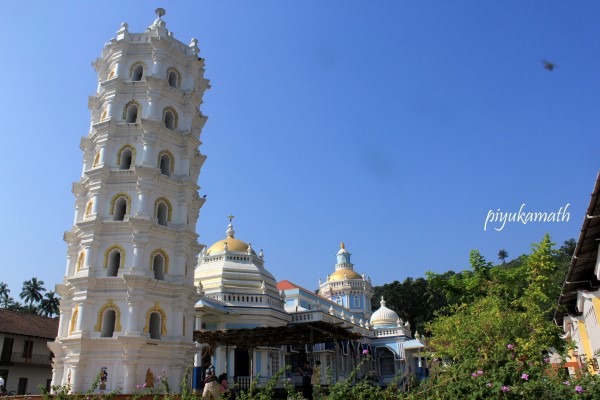 Shri Mangueshi Temple/ Devasthan is located at Priol, Ponda- roughly about half an hour drive from Panaji city. The temple, dedicated to Lord Shiva, sees a mix of both devotees and tourists. The crowd is packed on Mondays, as it is considered the holiest day to worship Lord Shiva. 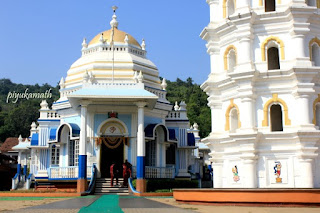 Background:
As with most of the other temples located in Ponda, this one too has a migratory history, if I may call it so. Originally, this temple was located at a village called Kushasthali until 1506 AD, magnificent in itself known for its wealth and glory. It was being managed by 24 vangads of GSB community, belonging to the Vatsa and Koundinya gotras. 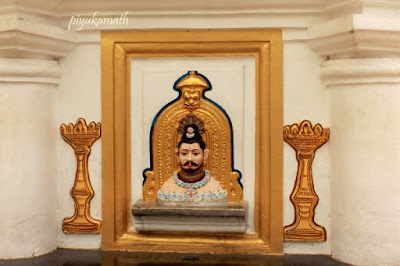 They carried the main Shivalinga of Shri Manguesh and the other dieties (parivar dieties) to the land in Priol, Ponda, where the temple stands today in October - November months, 1560 AD. That is how they managed to establish the dieties at Ponda Taluk, which was then ruled by Hindu kings. The temple was established by the followers (kulavis) in 1561 AD in the January - February months. Over the years, with support from the Maratha kings, the temple was renovated, new structures were added, and the present structure took shape. 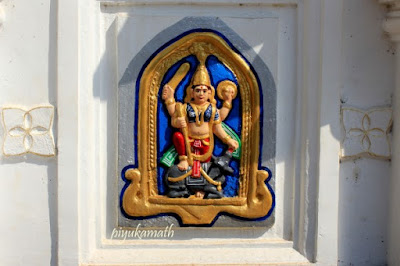 Surrounded by lush greens, the place is pristine, very well maintained, and induces a sense of calm in one, when one visits. Right outside the temple stands the brightly painted deepasthambh (a tall structure to place the lamps on). The surroundings are very clean too. There is a beautiful pathway from the main road lined by trees on both sides, passing by the Mangirish Mutt and some fields where you can find some grazing buffaloes or maybe farmers working. 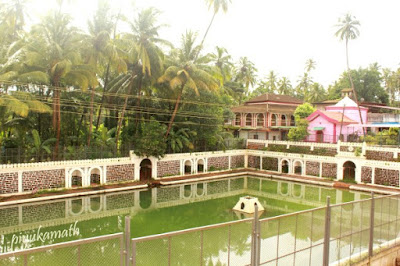 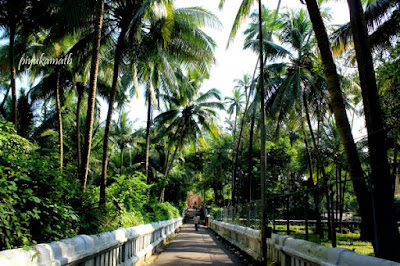 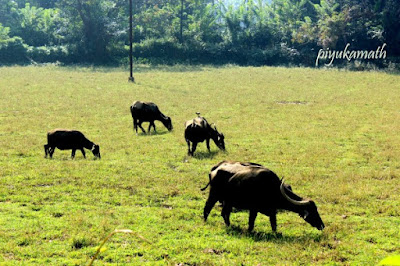 As with most Goan temples, there is a temple tank as well. One can pray/meditate for as long as one likes, with no priest haggling for donations or dakshina. This is my favorite bit about all Goan temples, just like my hometown Mangalore. 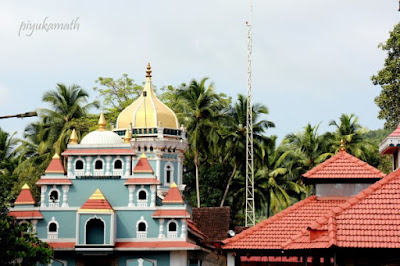 Have you been to the Manguesh Temple? Share your thoughts/memories about this place.