Amidst the high rises and the plush Malabar Hill area of South Bombay (SoBo!) where some of the wealthiest and powerful people of the country reside, a small detour from the main road will take you to an area which almost seems unreal to exist!
Old homes, narrow alleyways, people in traditional clothing moving around, a large water tank filled with catfish and ducks, and a priest performing rituals for departed souls completes the look of this hidden enclave. 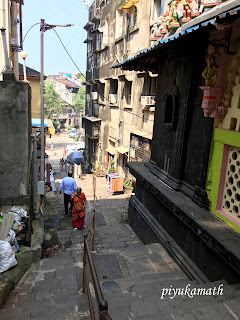 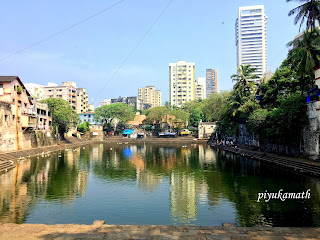 Banganga. A part of the city tucked away in a gully. A part of the city that seems detached from the rest of the city. A part of the city that looks like it’s lost and frozen in time. A part of the city that is one of the oldest inhabited regions of the country, just like Kashi.
Legend goes that while Lord Ram was on exile and was passing through the region in search of Maa Sita who had been kidnapped, he felt thirsty. His brother Lakshmana struck an arrow into the ground and a spring burst forth. This spring is supposed to be a tributary of River Ganga itself. Hence the name ‘baan Ganga’ (baan = arrow). Lord Ram also prayed to a Shiv Ling that he shaped from sand at a spot, that is marked by the Walkeshwar temple today.


The tank is now a part of the Walkeshwar temple complex, built in the 12th century by a Goud Saraswat Brahmin (GSB) named Lakshman Prabhu, who was a minister in the courts of the Silhara (Shilahara) dynasty that ruled the region before the Invaders arrived. Subsequently it was destroyed by the Portuguese, and was rebuilt in the 17th century by a businessman/philanthropist named Rama Kamath. The complex has temples and residential areas alike, where a number of GSB families still reside. Kashi Math located here manages the tank as well. 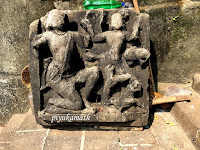 There are two deepa stambhas (pillars with crevices to light lamps) at the head of a flight of stairs that lead to the tank. What is surprising is that, despite being very close to the sea, the water of the tank is sweet! And what is sad to see is that, despite being declared a heritage area that prevents any redevelopment of the region, the general maintenance is poor. Locals say that each year after Pitr Paksh (a fortnight dedicated to offering ‘tharpan’ and praying to departed souls that culminates on Mahalaya Amavas), hundreds of dead fish can be seen floating, thanks to all the various things being let into the water as a part of rituals. Sad.
On a personal note, spending time at the Kashi Math almost made me forget I was in Bombay. The ladies dressed in a typical traditional way, singing Kannada/Konkani/Marathi bhajans, various middle aged men lounging about in white mundu, and pictures of our Guru, Sri Sudhindra Teertha Swamiji- it felt like I was sitting at any temple in Mangalore! 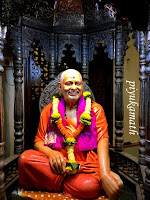 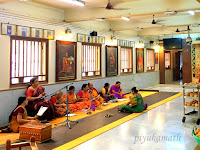 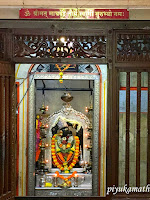 If on a visit to Mumbai, I would recommend this place as a must visit, away from all the hassles and rush of the city. 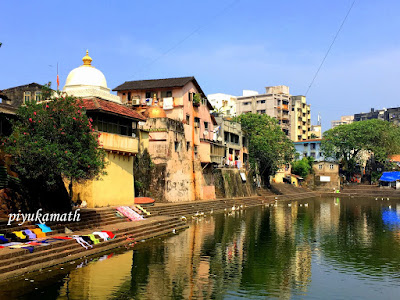