On the Hoysala Trail...

on Saturday, December 28, 2019
"Hassan! WHO celebrates their anniversary in Hassan?" 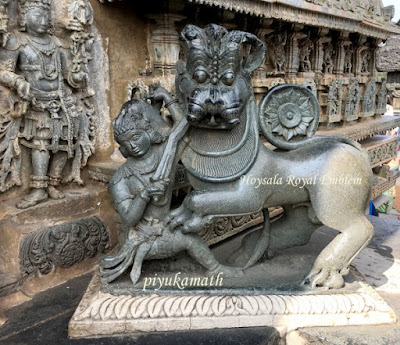 Our anniversary weekend was coming up. Like the past two years, again we'd not been able to plan anything much in advance. With the dates clashing with the peak holiday season, most of the resorts were over-booked. With some last minute planning and browsing, we decide to go with travelling to visit and appreciate some of the Hoysala marvels spread all across Hassan and a few neighbouring districts. I have gone there earlier on a shorter trip (and have elaborately written about some places on this space), so this time I intend to visit all the places that I couldn't visit then.


Most people have heard of Belur and Halebidu. In fact, many would not know that these are actually names of the towns and not the temples! Belur-Halebidu-Shravanabelagola is an oft followed tourist circuit. Our plans however, were slightly different. We wanted to visit the less explored places, at leisure, and spend quality time studying those beautiful carvings.

Both of us enjoy road trips, and we start quite early in the morning. Hassan from Mangalore is about 190 km, and the route involves driving through some high ghats at Shiradi. Hence, earlier the better. The drive is beautiful. The trees form a canopy on the road, and it's very pleasant. Lot of monkeys roam about on the roads. We reach Hassan much earlier than planned.

Over the next four days, we spend a considerable amount of time driving. Though Hassan is our base, most of the places that we intend to visit are quite away from the city. Driving through remote villages is the highlight of trip. In the mornings, we observe men engaged in farm work. Women folk gather at common water points to wash, catch up and share a laugh. Children play with strays. Older men are engaged in animated discussions. Older women sit with their grandchildren on the small porches outside their homes. The road may be occupied by cattle and sheep, apart from vehicles.

From their collective expressions, it is clear that the temples located in these villages do not see many visitors. On being asked for directions, they are too polite to talk to, and start of in broken Hindi, but are relieved and happy when they realise we know Kannada. "Ellinda bandri neevu" (where have you come from?) is something we get asked often. 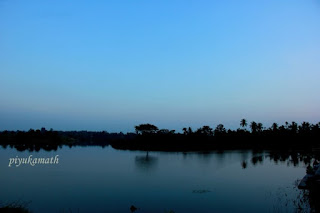 The Hoysala temples have a common theme. Of course, we haven't studied history and architecture, so we cannot pick up the subtle differences. But we can make out the similarities for sure. Almost all temples are located near a large pond (kere in Kannada).
The Hoysala kings seemed to be staunch Vaishnavas, as most of the temples are dedicated to some avatar of Lord Vishnu. Lord Narasimha seems to be the favourite, followed by Keshava. A hallmark of these temples is the richly carved ceiling, that in many temples has scenes from the puranas carved as well. The entrance to the sanctum is also marked by the carvings of either Goddess Gajalakshmi or Yoga Narasimha. Beautiful pillars adorn many of these temples, and the designs are unique. 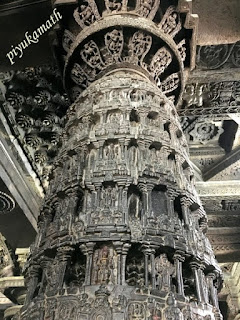 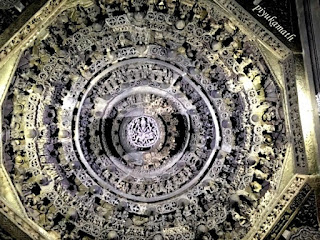 The outer walls stand in a world of their own. Every tiny space has a story to tell. Some common features of the carvings include animals, Gods & Goddesses, and common folk.
The lower most part has a procession of elephants, which in fact seem to be very dear to the artisans. Probably symbolic of elephants carrying the weight of the temple on their backs, or simple because elephants mean power, or simply because this region has a large population of elephants. The next most celebrated animal is the lion, with an exaggerated fierce expression. Sala, the legendary warrior fighting with the lion, is the Hoysala emblem too. Various other animals and bird motifs are carved across all the walls as well. An interesting feature is the presence of imaginary animals, such as the makara, which has features of seven animals amalgamated into one, including crocodile, monkey, lion, etc.

Various intricate carvings of Gods and Goddesses keep us engaged for a long time. Varaha avatar, the holy trinity of Brahma-Vishnu-Maheshware, Narasimha Avatar, Lord Krishna lifting up Govardhan mountain, Ravan trying to take Kailasa mountain to Lanka as Lord Shiva puts his foot down, Lord Vaman interacting with King Bali, are some of the reliefs on the walls. Various scenes from the Mahabharata are depicted beautifully. 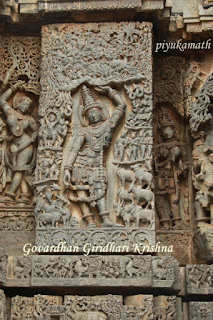 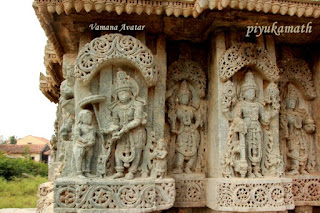 The saddest part is most of these have been destroyed at some point by Invaders. Disfigured rather. The face, nose and limbs seem to be of special interest to disfigure. Most of the warriors on horseback are headless! Many of the dancing apsaras have no feet. We find that the Kedareshwar Temple has carvings which are disfigured the least, and the pretty, serene expressions, Ravana's demonly teeth, and Varaha's boar-like features are very well appreciable.

Over a span of four days we visit various temples and basadis (Jain places of worship), getting totally tanned in the process. At times, we realise we have crossed the borders of Hassan and landed up in Mandya or Chikmagalur. The total distance driven over these four days is close to 1000 km (my contribution being nil, I've been enjoying the drive and clicking lot of pictures).
This trip has been a revelation of sorts. If one single district of one state of this great land has SO many temples, then I cannot imagine how many such hidden gems are spread across the subcontinent! Pray how many would have been destroyed, or damaged beyond repair. A lifetime would most definitely not be enough to visit all of these! 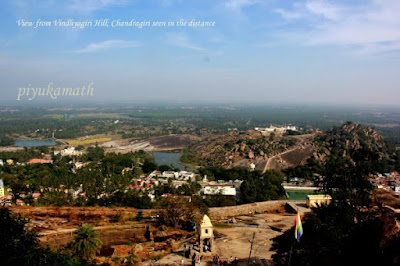 Tips:
*Try going earlier in the day, as the peak tourist rush starts after 11 o'clock
*Stone ware is available at Halebidu, Shravanabelagola - bargain a bit but not too much.

Read also:
CLICK HERE to find all my earlier posts on this topic